Your business is struggling to close the big contracts of the past because of nervousness around the Brexit referendum. So, you decide to pare down your operations and your staff opt to go part-time to maintain cash flow and prevent redundancies.

If that’s not stressful enough, the only key employee that can support both parts of your business has an accident with a supermarket window and is hospitalised for three months. This was a scenario The Distance co-founder Anthony Main faced two years ago.

“Customers in the lead up to the referendum kept their hands in their pockets and didn’t want to spend,” Main recalls. “This inactivity was eating through our cash flow, so we decided to cut our working week to three days, so everyone could keep their job and we could save cash.”

“Then our key developer was in hospital with a serious brain injury. I agreed with his mum not to give him unnecessary stress, so couldn’t tell him of our decision to part-time work. I kept paying him a full wage!”

This decent way of managing his company’s problems paid off. In 2018, the company welcomed its 20th employee and posted a healthy turnover. Its clients now range from Virgin Trains to PGA Golf and Bentley.

Main tapped into the future of corporate and consumer technology from an early age. He said: “I started developing websites when I was 12.”

That love continued into his academic and professional life, as he went on to work for web development agencies after university.

“I did this for about six years, but I found working for bosses quite difficult as we had differing views,” he recalls. “I was doing freelance work as well, which meant I was doing 80-hour weeks. I got to the point where, when three new pieces of freelance work came up, I decided that if they all came in, then I would quit my job. They did, and I quit!

So, in 2009, he started to build his own freelance web agency. This was the beginning of the iPhone app era, Main explained. “I was one of the few developers in the country who could create them. Soon I was making them for the OK! Magazine.”

The company continued to grow steadily and in 2012 merged with agency Media Make, ran by Ryan Atkins. The new venture was called The Distance.

“Ryan is a creative person particularly on the e-commerce side,” Main states. “We became a more rounded agency together. But over time our ideas started drifting apart and we eventually demerged three years later.”

Main explains that it was an “amicable divorce”, where he maintained the brand and the office.
“It was quite a tiring experience though, especially with the accountants dragging it out months longer than it needed to,” he says.

Main lost most of his marketing team with the move and had to employ a dedicated sales person. He admits that it was a hard first 18 months.

“None of our leads were converting,” he says. “The referendum was looming and our clients were cautious. It was then, as leads and sales slowed down, that the part-time working decision was made. I was transparent with staff, but in the end, we had to let most of them go. Then it was just me, my accident-prone key developer and our one last retained client. I had also signed the papers with our landlords to leave our offices.”

It was August 2016, the shock of the referendum still reverberating but then, suddenly, for The Distance, life took a more positive path.

“That last client came to us out of the blue and said they wanted to sign a long-term development contract,” Main recalls. “Everything just flipped. All the leads we had on the go started to come in. Within three weeks we had closed over £120,000 in new business. Then a new problem emerged. I’d let all my staff go so I had to hire again! It was a crazy time.”

The business took on six new hires and signed a 10-year lease on a new office. Main explained: “Recruiting with the last of our cash reserves and getting the lease were both gambles. But I am a quantified risk taker. We are up to 20 staff now and I expect to have 30 in a couple of years.

“Also, I had a 2-year break clause on the office lease, so I am confident we will not get into trouble.”

There’s that clear thinking again – but it doesn’t just come from Main. “My wife was very supportive and a Growth Group that was formed out of a Goldman Sachs programme I went on has been invaluable with its advice and support.”

So, what are his key learnings to other entrepreneurs who might not have the character, presence of mind and support to get through such a rollercoaster business ride?

“Never take your finger off marketing. Getting in front of customers is the lifeblood of a business,” he says. “Also choose work for the quality of it rather than the quantity. I recently turned down a £50,000 contract because I knew the client would be a pain to work with. It is about getting the right balance.”

Insolvency risk and gender: Is there a link? 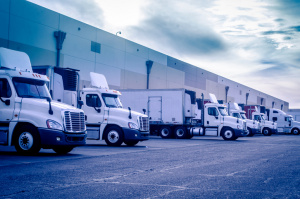