The ‘Who Me Guv?’ attitude of the banks has been a blood-boiling issue since the BBC’s Robert Peston first broke the Northern Rock story, which triggered the collapse of the banking house of cards.

We, the Great British tax paying public, bailed out the banks to the tune of £850bn in 2009, yet their inability to accept responsibility for the financial crisis and the subsequent economic landscape has been as infuriating as it has been bizarre.

So, when I read that Barclays – yes them of the Libor rate fixing scandal – had put out a survey that says that British Entrepreneurs were putting off making important business decisions due to a fear of failure, I nearly choked on my morning cuppa.

Do me a favour. Businesses are putting off decisions because we are in an economic situation that has mainly been of the banks’ making and because they have to meet near-impossible lending criteria set by the City’s Pin-Striped Crooks.

They’ve got more front than Brighton and have again shown us that the banks have incredibly short memories and, more importantly, want us all to have short memories over their disastrous handling of their finances.

Usually these surveys are done by some trade body or other trying to raise awareness of an issue affecting business to increase debate and encourage change. In the case of Barclays, all they’ve done is shine a light on a problem where its profession is the root cause.

The survey reports the tough economic climate is causing this business paralysis, as over half (51 per cent) stated the economic environment has affected their approach to making business decisions.

The fact that a bank had the gall to ask that question would be completely laughable if it wasn’t true!

If they want to use statistics to give us a flavour of UK business, here’s some back at them from the Federation of Small Business from a month or so ago.

According to a FSB study, more than four in ten small firms in the UK have had their applications for business loans turned down. If the economic environment is affecting our decisions, it’s directly related to the banks’ refusal to lend.

As we all know, a banker will lend you an umbrella as long as it’s not raining, however, bankers’ bravado makes them ignore these figures and argue to the contrary until they’re blue in the face.

With the first frost of winter and a surge in central heating-related bookings in our call centre, I thought summer, and what the media call ‘silly season’ had finished. Apparently not.

To wipe the credibility even further from this survey, Barclays have even come up with a new acronym to classify the business people they interviewed, BoFFs – Businesses overcome by Fear of Failure, which sounds like the noise made by Batman when he punched the Joker in the 1960s TV series!

Entrepreneurs aren’t afraid of failure; in fact, they thrive on the making tough decisions. It’s the actions of entrepreneurs that have made this country great.

However, if there is a grain of truth in this study, it is the actions of the survey’s creators and their compatriots in the banking sector that has planted seeds of doubt in business owners’ minds!

If there was any evidence needed that the banks still won’t accept any responsibility for the state of the economy, this survey might as well be Exhibit A in the case for the prosecution. 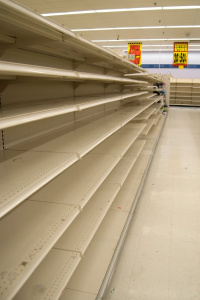 Shoppers are turning their backs on the High Street 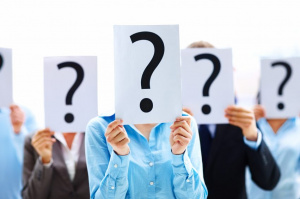