If only business owners enjoyed December as much as their staff.

For many, it’s a month of winding down, social gatherings and Christmas parties but others also see it as an interruption to business. They worry too much about the month’s distractions – the weather, the risk of falling behind on sales and marketing, absences of staff taking extended holidays, and it being an awkward time of year to rake in new business.

Or is it? Let’s look at the maths:

If 98 per cent of businesses rely on referrals to gain new business, but only three per cent have a strategy for getting referrals, we’re all missing a trick.

Christmas is the one time of the year that you’re most likely to meet people, go to social gatherings, attend more than one Christmas party and visit extended family – this is networking in its purest form.

“But work is the last thing I want to think about over Christmas time,” I hear some of you say.

This train of thought is probably shared by many, but the principles of effective business networking teach us not to launch into “shop talk” when networking.

The most successful gurus in business networking, such as Dr Ivan Misner, would argue that people will only refer business to you if they like you. This implies building a rapport beforehand, which is hard to do if you’re just talking about your company and its products or services. Don’t be shy to tell a personal story, it will only get you remembered and hopefully liked.

This includes keeping loads of business cards on you all the time. “I really enjoyed meeting you, let’s have another drink together sometime, here’s my card.” – surely this is easier and more effective than a cold call?

Scrooge aside, giving at Christmas time pays dividends later. If you get into a discussion with a colleague and realise that there is some way you could help them, on whatever level, that will not go unrecognised. It may not translate to a direct sale in the short term, but when the recipient is speaking to a colleague looking for your service, who do you think will naturally come to mind?

Keep it in the family

Those who like to keep work at work should think again. How many family members (immediate and extended) have you received a business referral from? Be careful though, hard selling to family over Christmas will only cause indigestion at the dinner table.

The question should be how many family members have you not received a business referral from? Unlike with strangers, don’t be shy to casually mention to extended family members about what sort of business you’ll be looking for in 2012. You have the rapport, so it should be acceptable to speak some level of shop. Your potential customers are more likely to accept a recommendation from your family members as you are related, putting their credibility on the line therefore increasing the value of the referral.

Get the L factor – likeability

Many business owners have companies or offer services which are already available out there. What’s your competitive advantage? It’s called likeability and trust – built through a rapport. This is what will stand you in good stead of being thought of when your friends, colleagues or new contacts are faced with the opportunity to give you a business referral. 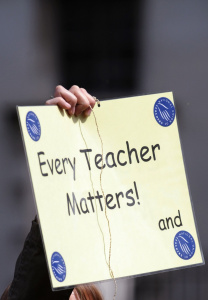 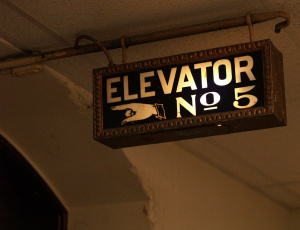 What are the five killer things I could do to improve my chances of funding?