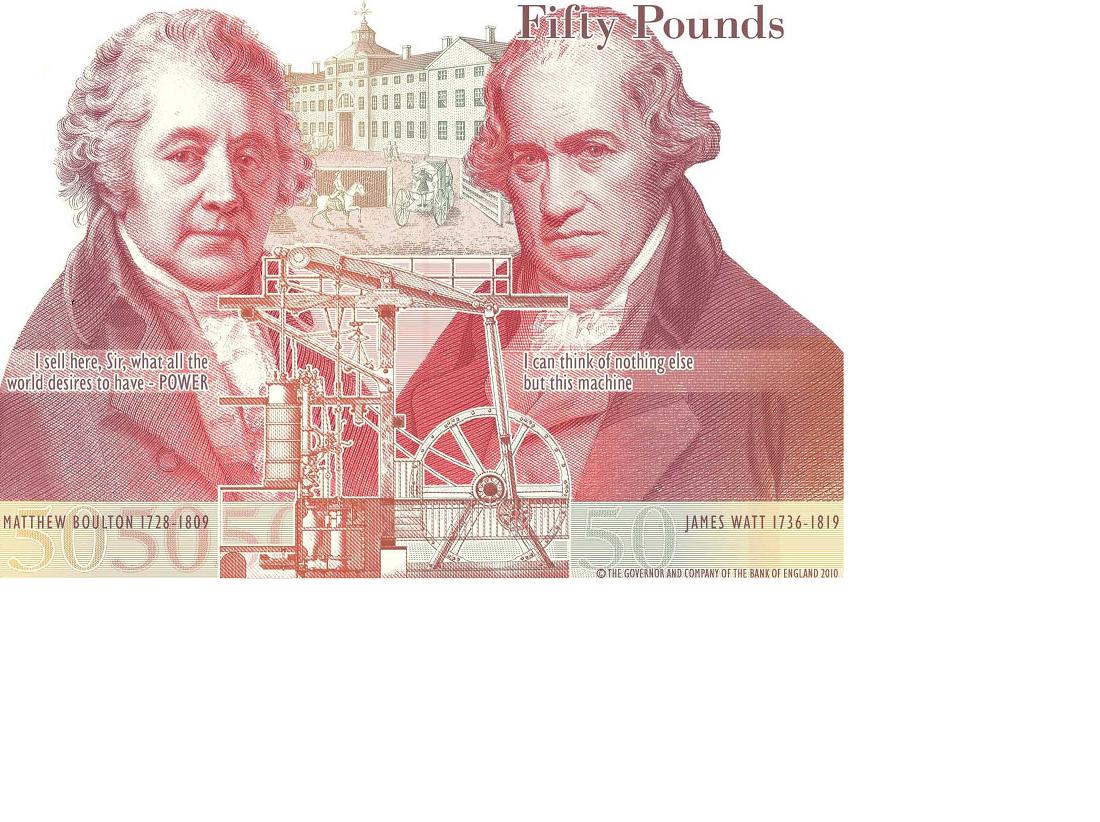 The new ?50 note, released today, is the first to carry two portraits on the reverse: entrepreneurs?Matthew Boulton and?James Watt.

Boulton was born in Birmingham in September 1728. He joined his father?s business in the early 1740s ? a company specialising in buckles and buttons, which he eventually took over.? In the 1750s, he acquired land at Handsworth (two miles from Birmingham town centre) and began building the great Soho Manufactory, setting about becoming “the Most compleat Manufacturer in Metals in England”.? Jewellery, toys, sterling silver tableware, ormolu (gilded ornamental wares), coins and medals poured out of his workshops and were exported all over the world. A good role model given all the?talk of the need for the UK to export more. Boulton also founded the Soho Mint. He sought to improve the poor state of Britain’s coinage and, after several years of effort, obtained a contract in 1797 to produce the first British copper coinage in a quarter century.

Watt was a Scottish engineer and scientist. Born in Greenock in 1736, he initially worked as a maker of mathematical instruments, but soon became interested in steam engines. He realised they were hopelessly inefficient and began to work to improve the design, making one for the textile and cotton spinning industry.? He patented several other important inventions including the rotary engine, the double-action engine and the steam indicator, which records the steam pressure inside the engine (think early James Dyson). He introduced the term “horsepower” and the metric unit of power is named after him. The reason both appear on the ?50 note is that their partnership brought steam-driven machinery to the minting of coins.