The BBC’s MasterChef pits amateur cooks against each other for a title that brings professional kudos in the culinary world. It’s a platform that creates huge opportunities for the winners and many of those have channelled it into successful businesses.

Anderson won MasterChef in 2011, when he was just 26, making him the youngest competitor to lift the title. He won a name for himself with inventive recipes like coca cola-braised pork belly and mocha steak.

Since leaving the show Anderson’s run a series of Nanban pop-ups, which he describes as having a “southern Japanese izakaya concept” (izakaya is a drinking establishment that serves food to accompany the drinks). This included having a month-long residency at Brixton’s Market House early this year. As well as working as a freelance chef and running pop-ups he works on recipe development, speaking and consulting. You can read his blog at I am a Viking.

Permalloo was famous for being inspired by the cookery of her homeland Mauritius. Since winning the competition in 2012, she’s gone on to write a series of cook books including Sunshine on a Plate and The Sunshine Diet. Permalloo’s also worked with a number of companies to create recipes including Hotpoint, Weight Watchers and Billington’s Unrefined Sugar.

Baker opened catering company Earlsfield Kitchen after winning MasterChef with his blend of Mexican and Indian influenced food. The company promises to “deliver extraordinary food at ordinary prices” and designs bespoke menus for all its customers.

Baker’s also cooked in some of London’s finest restaurants, including Le Gavroche, The Kitchin and Helene Darroze at the Connaught, appears regularly on the BBC Good Food Shows, works as a presenter on Waitrose TV and is a regular contributor for numerous publications and a brand consultant.

In October 2014, took on his first pub in Wandsworth, London, called the Jolly Gardeners.

Nathan won MasterChef in 2008 and proceeded to work in a string of high-end restaurants in London, Bath and his native Cornwall. Last year he opened The Green Room in the Retallack Resort and Spa in Cornwall.

Miers’ won MasterChef in 2005 and has been busy ever since, setting up a chain of Mexican street food restaurants that now numbers 17 locations, primarily in London.

It’s only been just over six months since Ping Coombes won MasterChef and her first venture sold out. The pop-up MasterChef Restaurant and Bar in London, saw her cook alongside fellow finalists Jack Lucas and Luke Owen and was fully booked for its two-month run in September.

Through her company, Ping’s Pantry, she’s taken part in a series of events including cooking at Taste Of London Winter and The Big Food Show, and running a Malaysian street food pop-up event in bath. 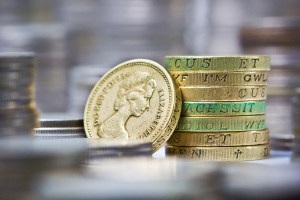 5 tips for securing growth finance in 2015