So, Labour left us with an overdraft of £163bn and a sluggish economy, but there is some good news: the country is going to make a handsome profit from the laws passed by Labour in the final sessions of the last parliament.

I’ve just read it in a document called the Forward Programme put out by the Department for Business, Innovation and Skills (BIS). The document analyses 308 regulatory changes to be imposed on businesses during the next 12 months and comes to the astonishing conclusion that, far from costing businesses, they are actually going to make them money.

While the new regulations are going to cost business between £9.3bn and £10.5bn, they are supposedly going to reap between £11.4bn and £11.8bn worth of benefits. Result: we will all make a profit from being regulated! I mean, why run a business at all, when it seems we could all make a living from filling in forms and being inspected?

I started to dig a little deeper, starting with the Equality Act, which the government claims is going to net us a profit of £60m. Now, my suspicions were aroused when I read that the government’s impact assessment for the Equality Act claims that simplification will save businesses precisely £6,512,515 next year.

Apparently, employees are going to better understand their rights and responsibilities, too, with the result the economy will be better off to the tune of £3,027,715.

That figure seems to be based on the assumption that employees will be less likely to troop off to their lawyers claiming ill-treatment. But since the Equality Act extends the concept of discrimination to several new areas, it is hard to imagine that it is going to lead to fewer claims.

Thanks to the Equality Act, businesses will suddenly realise what jolly good employees women make – something that until now, of course, has escaped their notice. “The benefit of government intervention is estimated at £60m a year,” claims BIS, a figure it attributes to a study by something called the Women and Work Commission. I am sure this august body conducted its study with due scientific rigour, but just the one question: does anyone really expect an organisation with that name to produce an unbiased report?

It isn’t just women. The new rules will “increase the efficient operation of business and markets as a result of a reduction in discrimination”.

Really? According to the document, “this concept presumes that more equitable distribution of resources will raise economic welfare since additional consumption by poor individuals is valued more highly than it is by wealthy individuals”.

In other words, the poor are likely to appreciate and spend a few extra pounds a week, while the wealthy are unlikely to miss a few pounds taken out of their pockets. The even bigger presumption is that the Equality Act achieves what it says on the tin. The record of discrimination legislation suggests that what is more likely to happen is for wealth to be transferred from a large number of businesses into the pockets of a few lawyers.

Just look what happened when the government forced councils to undertake “equal pay audits” to compare the wages of staff over different occupations. The initiative quickly generated an avalanche of claims promoted by lawyers on no-win, no-fee agreements; often brought on behalf of employees who were already well above average pay.

Councils found it easier to raise some people’s wages than cut others, with the result that the drive for “equality” is going to end up lumbering council tax-payers with a net bill for £2.8bn.

That is the reality of equality legislation – rather different from the Alice in Wonderland world inhabited by Labour politicians. 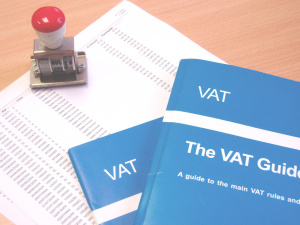