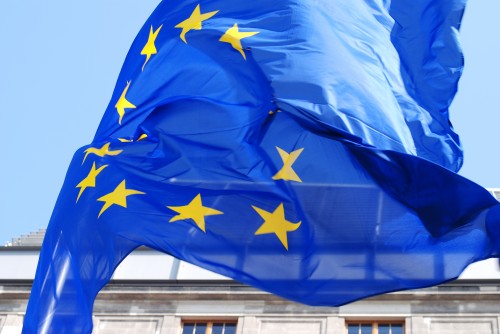 This is understandable given the natural business default position is to avoid public controversy in fear of alienating staff, customers or shareholders. However as businesses will always be susceptible to external factors, such as the constitutional change we see ourselves faced with now, for some this means accepting change as it comes and adapting accordingly – even when this means taking a hit to the bottom line.

Other, particularly larger, businesses take a more assertive approach, seeking to influence decision makers behind the scenes, with bosses aiming to help determine outcomes in their favour – this is where an effective public affairs strategy can pay dividends in the medium term. But even then, with the exception of issues like airport expansion where public opinion has a significant role to play, corporate lobbying less frequently enters the public rather than simply political arena. It seems, however, the prospect of the UK leaving the European Union after the referendum on 23 June is an external factor so significant that more businesses are choosing to break from the norm and be assertive in public. In recent weeks, there has been a plethora of business leaders popping up on television, signing letters to newspapers and joining the debate. This is a rational choice. Whatever your personal view on Europe, there is no doubt that a choice to leave will have profound consequences for the economy and businesses big and small. Businesses are understandably alarmed by the prospect of such a risky development. While clearly not all businesses trade in Europe, almost all will be affected by the wider economic impact of a vote to leave. If prices rise, consumer confidence falls or investment dries up and many will suffer in the short to medium term. And for those trading overseas, the main concern is the uncertainty involved with Brexit, for relations with the EU, with single market access far from certain and with countries in the rest of the world, where our current trade agreements may no longer apply. This referendum is not then a choice of two clear paths for future trade. While the devil we know is clear. The devil we don’t is an unknown quantity. Read more about the referendum: In fact it seems that no-one has a clear answer for what would happen if Britain votes to leave. And, as with the Scottish referendum, the government doesn’t appear to be making contingency plans in case things don’t go the UK’s way. But unlike the Scottish referendum, the government is throwing everything it’s got at this debate and is actively inviting business to do the same. More than an exercise in limiting risk and protecting self-interest, business arguably has a unique and democracy enhancing role to play in this referendum. The European discussion could easily be held on purely emotional grounds, about sovereignty, national outlook or immigration, but the bottom line is, the greatest impact will be economic, and it is on this that business is at the front line. In this referendum business is well placed to explain consequences and credibly ground an otherwise slightly theoretical debate in hard reality. Even the most ardent Europhile would have to acknowledge that the EU is a complicated beast that often seems distant from the man or women on the street. But what the public really want to know in this referendum, is what does it mean for them? For their finances? For their jobs? For wider economic prosperity? And while many voters gave up on politicians giving straight answers on these issues long ago, they do trust business to do so. There is therefore appetite for business voices in this debate and opportunities a plenty for business leaders to speak out and develop their own public profiles accordingly. The most powerful contributions in this debate come when business leaders stick to what they know and focus on outlining their perspective and why it matters to voters. This sort of contribution limits risk, makes commercial sense and will help the electorate make up their mind. According to a report by Bertelsmann Stiftung, UK firms fear a negative impact on companies were Britain to relinquish its title of EU member state. Tim Snowball is head of political strategy at PHA Media.