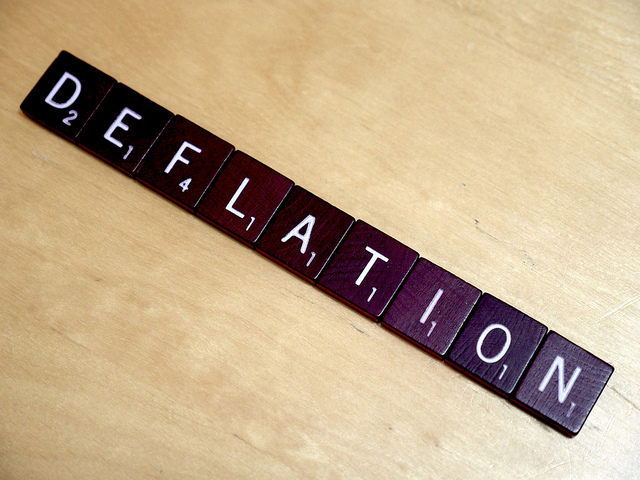 According to a Eurostat report, the Eurozone has slipped into deflation. And, with prices falling at an annual rate of 0.2 per cent, it has been suggested that drastic action needs to be taken in order to evade a Japanese-style deflation.

Japan endured a ‘lost decade’ that began in the 1990s, as producers persistently cut prices to try and persuade consumers to spend more, only to find that shoppers were delaying purchases in the hope that prices would drop further,” explained Marion Dakers, financial services editor of the Telegraph. The deflationary spiral appears to be coming to an end, but only after the Bank of Japan pledged to splash out 80tn yen ( £443bn) a year to jolt the country out of this pattern. And Dakers is convinced that this is a big concern for the UK: The Eurozone is the UK’s biggest export partner so economic malaise in the single currency bloc usually spells bad news for the UK. And a slowdown in the Eurozone is likely to hit businesses who sell goods and services to the continent. This means that Mario Draghi, president of the Euopean Central Bank, might just be pressed into quantitive easing in the hopes of reflating the economy. However, the European Commission is insistent that inflation could turn out lower than envisaged in the central scenario if labour market conditions and commodity prices turn out weaker than expected”. “Domestic demand is expected to become the key driver of growth over the forecast horizon. Consumer spending should progressively add to growth as real income benefits from lower inflation and the stabilising labour market,” the Commission added. But the Commission isn’t alone in thinking that the risk is low. Raoul Ruparel, head of economic research at Open Europe, explains that the drop to negative inflation had largely been expected due to the huge movements in the oil price. And the annual rate of change in energy prices fell to -6.3 per cent from -2.6 per cent in November,” he said. “In fact, core inflation actually increased to 0.8 per cent from 0.7 per cent, though of course it remains some way below target and has been on a long term downward trend. Once energy prices recover the Eurozone will likely push back into positive inflation. In a sense, deflation can be both good and bad, depending on what drives it and how long it lasts. But how do FDs feel about the situation Nominations are now open for the 2015 FDs Excellence Awards, held in association with ICAEW and supported by the CBI. Well be revealing the very best UK FDs and their service providers at the Awards night on May 14. By Shan Schutte Image source