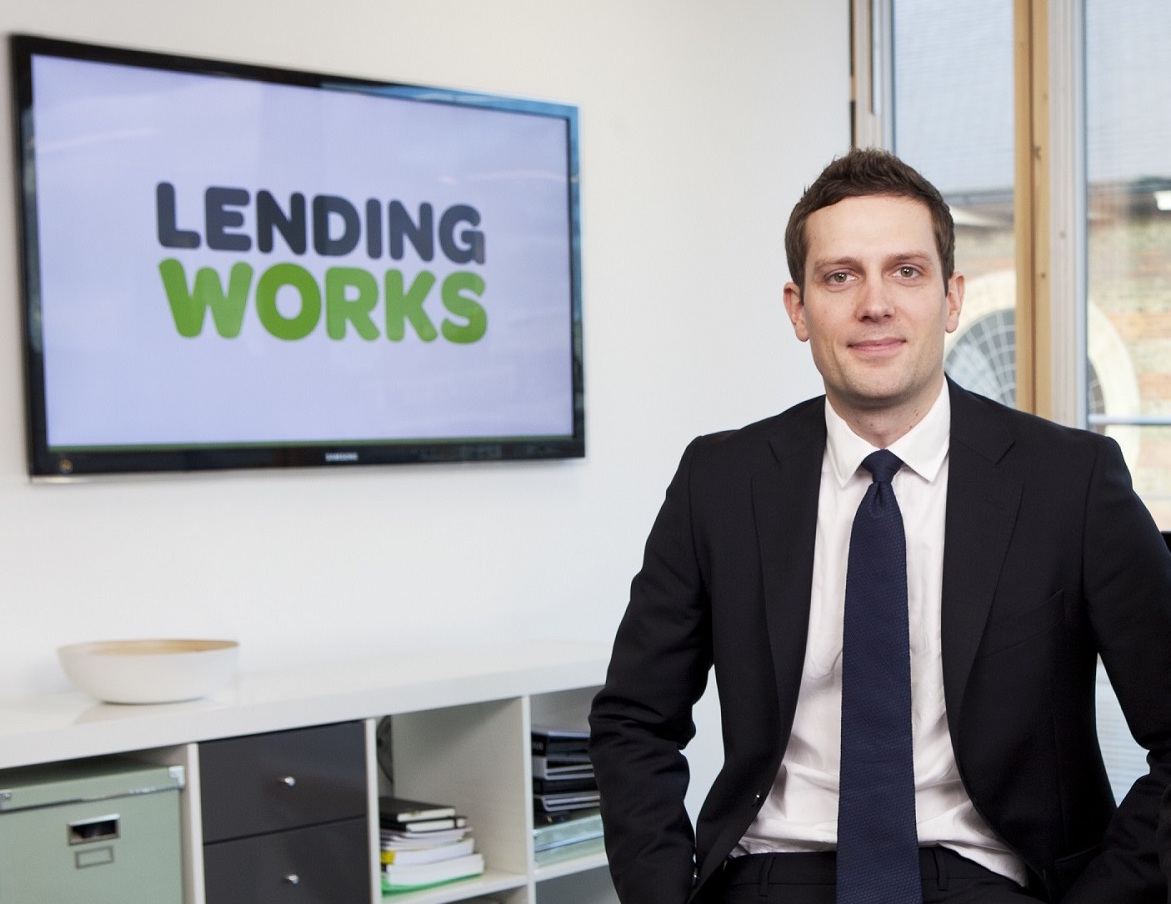 Powell spent seven years at EY after training as a chartered accountant and moving into a managerial position at the firm. Putting it in his own words, he told Real Business: ?I had a good career at EY and accelerated to leadership, which effectively put me on course for a partner track and a crucial point in my career ? it would have been crazy to stop at that path.?

Seemingly the inner crazy won Powell over, as he admitted to himself at the time that he wasn’t fully committed to what he was doing with the company. The realisation was triggered by friend Nick Harding, CEO and founder of the then new P2P project Lending Works, which he was building back in 2012, requesting Powell joined the project.

?The opportunity came up to get involved and the more I learned, I realised it was a once in a lifetime opportunity and perfect timing personally,? Powell explained.

Of course, going from a company like EY, which employs 190,000 members of staff worldwide, to a startup with ten people is quite a transition to make. ?The success of the company is dependent on the work you put in and you’re directly responsible for success or failure,? he added.

?The downside is leaving a stable job to take a lot of risks and I had a baby on the way too, so it was a stressful time ? but not doing it then would have been a case of ‘when do I do it?’ If you have a few kids, it’s very difficult to then justify leaving a career for one that’s very risky.?

And so Powell made the switch to the startup world to become financial director at Lending works, a peer-to-peer lending platform that matches personal lenders to loan borrowers with minimal risk.

He explained: ?We operate at the prime end with a small proportion of lends, because it’s people’s savings that are at risk. We differentiate with lender protection and we have an insurance policy that protects users and also a reserve fund that protects against arrears.?

In terms of the company’s audience, more than 50 per cent of lenders are aged over 55, which Powell puts down to the fact the age group will generally have large savings but with poor performance around interest. Meanwhile, risk is minimised as ?prime end? borrowers are usually homeowners earning ?32,000 plus, with the funds used for big events such as buying a car or home improvement rather than debt clearance.

But how does a business in the funding business secure funding? Differentiation, according to Powell. ?We looked at potential backers and they wanted to know how we were different. In 2012, there weren’t many P2P lenders around. We had USPs to enable us to get funding, believing there was market shortfall and that it could be safer.?

In addition to securing capital, there was still an awareness issue around the funding practice though, something Powell and Hardy wanted to address with Lending Works. ?Although the industry been around for ten years, it’s only been in the last couple that it’s started to grow. If you ask average people on the street, they haven’t heard of it. We felt it was a disaster for them not to know and that safety should be the key,? according to Powell.

?Our business case focused on being safest lender to create a mass market product, rather than being niche for sophisticated investors. We’re focused on people with savings and people looking for alternatives. We set out the process to find investors and had to kiss a lot of frogs before we got there.?

?It’s a difficult situation where you have investors that don’t want to invest in an idea, but it’s hard to have platform without investment. In the end, we developed a minimal workable product initially to show the potential. We started off with an angel round to build the platform out and hire staff, getting the office ready for the next round which was in January 2014. That allowed us to set up licences and recruit heavily, and since version one, we’ve come a long way to continue development in-house.?

One year has passed since the company started formally operating, but Powell admits his role is still largely varied owing to the nature of the startup culture. ?My primary responsibilities are making sure accounts are recorded, monitoring cash flow, boardroom investor reporting, and keeping competitive. But then I could be supporting marketing with developers to make sure product improvements are being processed and the next I can be taking the bins out.?

?That will change as we grow, and stepping away will be the hardest thing. As we recruit, we keep in mind to try and hand over day-to-day things, so Nick and I can concentrate on winning new partnerships, but it takes time to get to that point.?

Comparing Lending Works to his time at EY, he explained structure is the biggest difference to his role: ?At EY, I knew where I was day-to-day. It was structured and you knew what was expected around targets, so creating a structure at Lending Works is the biggest challenge for me because there’s no limit to the work that can be created. There are quite extensive FCA-regulated procedures to follow from scratch, and when you work for a large company, those things are already in place rather than having to create them. Most staff come from large backgrounds though ? for example, Nick worked in RBS.?

The company clearly has lots of room to grow, especially as the market gains more exposure and trust, but keeping that trust will mean staying independent. ?We don’t have a limit on the size we want to reach, but we are well aware that P2P touches around two per cent of the personal loan market, so there’s huge potential,? Powell explained.

?We look at the way eBay has changed retail and Airbnb has connected people over accommodation ? they’ve limited the middleman. Just look at TransferWise. I guess the difficult part for P2P will come when banks see the people who make money and likely won’t take that lying down, so there will be a time when banks have to get involved in one way or another, but I don’t think we would sell.

?We set Lending Works up to give people a fair deal. A bank pays a low return and makes a high return, whereas we connect the two for people. Our morals are based on that, so it would be strange to then sell our business to the bank. The potential is so vast that we didn’t set up to sell, but because wanted to do something rewarding and challenging.?