Let’s start with the macro scene. The best summation I have seen of the sovereign debt cover-up comes from Jerome Booth, head of research at fund manager Ashmore. I quote: “There is a dead body on the kitchen floor, and blood everywhere. It is dealt with in different ways by different nationalities. The British find it hard to cope with, but try to clear up the mess as quickly as possible. The Europeans cover the body with a sheet and agree to deal with it later – but the sheet isn’t big enough and the blood keeps seeping out, so they get another sheet, and another. Initially, the Germans keep their corner of the kitchen spotless, and have plenty of floor-cleaning equipment, but are reluctant to mop up the stains in other areas. The Americans place the corpse in a chair, give it a cup of coffee and try to engage it in conversation.”

In the fog of war, dear reader, the only chance you have of keeping some sort of grip on reality is to summon up the most precious tool you use in your business life: common sense.

Common sense tells you that clearing this mess up will be expensive for everyone on the planet (some catastrophically so) and for our “leaders” to tell us otherwise is just resorting to the usual wartime trick of attempting to boost morale.

On the home front, our Chancellor is engaging in just such a morale boosting excercise, as this week he has been doing the rounds saying that we, in our nice, tight little island, “can remain masters of our own destiny”.

Terry Smith, chief executive of Tullett Prebon, in a letter to the FT this week (headed: “We have to be told just how bad the situation is”) draws attention to all the disinformation being pedalled by the Tories on how they are getting our debt under control. In an attempt to make a clear and unambiguous statement about the actual debt the UK is carrying, his company has just sent to every member of parliament a tin can emblazoned with the real UK debt commitment – that’s £3,589bn folks – so they can see what they are metaphorically “kicking down the road” with their present policies.

Occasionally, of course, when a leader is no longer in power, he/she lets out a few truths – as Alastair Darling has done in his recently published book. Or Lord Lawson when he said recently that the single currency is “among the most irresponsible initiatives of the postwar world”.

Actually, some of the consequences of the “Euro deception” was underlined by surprisingly honest remarks from the CEO of Deutsche Bank, Josef Ackermann: “It is an open secret that numerous European banks would not survive having to revalue sovereign debt held on the banking book at market value.”

Sadly (pathetically?), back on the home front, our bankers are still attempting to derail the expected recommendation of the Vickers Commission to split off their so-called investment banking activities.

The lies and disinformation have reached fever pitch. Investment banking should have been relabelled “investment gaming”. They are gaming the system and, as a result, their activities are dangerous, counterproductive and hence should have no place in sensible banking.

Remarkably, in his same speech, Ackermann went on to say: “We have a financial industry that is still not really providing convincing answers to the questions about the meaningfulness of many financial products and trading in securities… we must, in my opinion, check all our work in all our areas thoroughly again to ascertain whether we prioritise our genuine tasks as servants of the real economic needs.”

A pity, therefor,. that our own bankers continue to lie when it comes to the simplest of things such as Project Merlin’s lending to SMEs.

Here the bankers maintain their lending commitments are on track, even though the Bank of England has pointed out the figures are misleading because they show the credit made available to business not the credit actually used.

Here, on the frontline, may I try and transmit the following message back to the command and control bunkers: All over the western world, there are thousands of companies and individuals sitting on cash. In order to kickstart growth, you need to provide incentives for them to invest. The most cost-effective incentives is targeted tax breaks (eg: in the UK, no CGT payable on investment in small companies). Do this, stop considering throwing more money at quantitative easing and the like, and then we might start believing in you again. 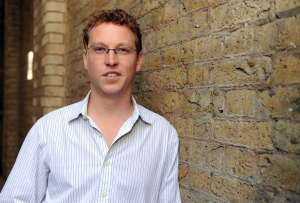 Huddle co-founder on how to win government contracts 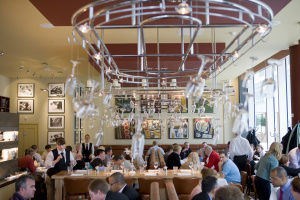