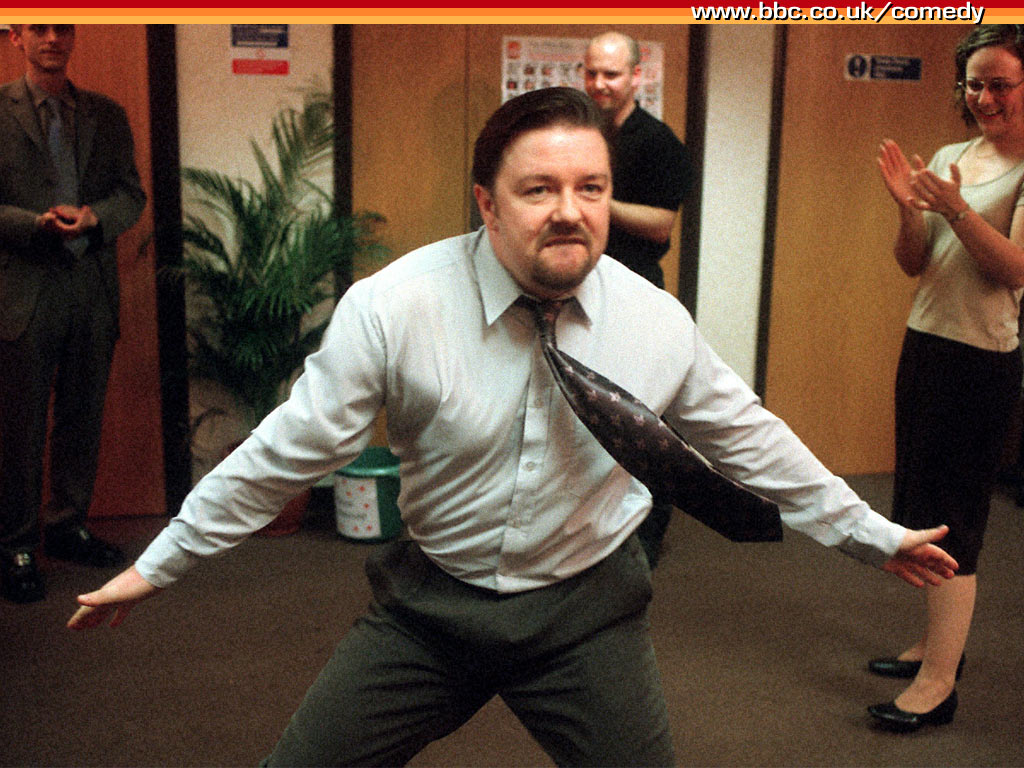 Share via
We asked Real Business readers to votes for their favourite business-related TV series (not including reality shows such as Dragons’ Den, The Apprentice, Mary Queen of Shops etc). Here are your top five:

Created, written and directed by the super-talented Ricky Gervais and Stephen Merchant, this mockumentary follows the day-to-day lives of office employees in the (horrendously gloomy) Slough branch of Wernham Hogg Paper Company. Best ever TV moment: David Brent’s charity dance a “fusion of Flash Dance and MC Hammer shit?). Here is a man who knows how to express himself though movement.

Set in 1960s America initially at Sterling Cooper advertising agency on Madison Avenue in New York City, and later at Sterling Cooper Draper Pryce Mad Men follows the adventures of talented advertising bod Don Draper. As the Telegraph points out: “This show is so sharp that there’s more good writing and acting in the course of a single elevator journey than in an entire series of an equivalent British drama. This show is also single-handedly responsible for bringing the silhouette of the 50s and 60s back to the catwalks and shop windows with a retro bang.

3. Only Fools and Horses

We couldn’t leave out this British classic. Set in Peckham, Only Fools and Horses follows the ?get-rich-quick” schemes of market trader Del Boy, his younger brother Rodney, and their elderly Grandad (most commonly used phrase: “This time next year, we’ll be millionaires?). The dodgy products they attempt to shift range from Russian Army camcorders to sex dolls filled with an explosive gas. Best ever episode: A Touch of Glass (first screened in December 1982). We’ve included a clip below for your enjoyment.

Brothers & Sisters is an American television drama series set in Pasadena, California. Okay, so there’s a lot of angst and over-acting but there’s also a pretty good business storyline. William Walker, the founder of Ojai Foods, dies from a heart attack (in the family pool, just so you know). There’s a lot of hoo-ha over who should run the family business (ie: his sons or his mistress?). The Walkers eventually decide to sell it off. William’s brother-in-law (Saul) and son (Scotty) then open up another enterprise a restaurant. Meanwhile, Nora (William’s widow) starts working at a radio station, which Sarah (William’s daughter) then buys. Confusing but compelling.

Nancy Botwin, a widowed mother of two boys, begins selling marijuana to support her family after her husband abruptly dies. How entrepreneurial. Best three things about this show:? 1. The theme tune (Little Boxes) 2. The plot is so wrong it’s right 3. Uber-bitch Celia Hodes (Nancy’s neighbour). She’s manic, manipulative and addicted to botox. She steals the show.