The fast-food giant has had quite an uphill battle when it comes to protecting the prefix “Mc”. In the past, it emerged victorious from courtroom battles against stores like McCoffee and MacJoy. In 2009, however, McDonald’s lost an eight-year battle with a Malaysian restaurant called McCurry, with the courts suggesting no person would confuse the two.

Don’t let McCurry’s win fool you into thinking you can readily use the prefix though. In 2013 the EU IPO challenged Singapore-based Future Enterprises’ registry of the name MACCOFFEE for its food and beverage products, which now inevitably allows the chain to prevent the registration of trademarks for food and beverages with the prefix “Mac” or “Mc.”

As far as the EU is concerned, by using the prefix “Mc,” McDonalds acquired its own distinctive character.

But not all firms have found success. Here are two that failed to acquire such a trademark.

The company has consistently tried to slap a trademark on its footlong sandwiches. It was met with what is now termed as “footlong-gate” – and a resounding “no” by the trademark office.

The word footlong isn’t as uncommon in the food business as it thought, and it met resistance from big chains such as Pizza Hut and KFC. But the real party started when Subway’s lawyer reportedly sent a cease-and-desist letter to a general store named Sheetz, with the latter responding with a lawsuit.

Siding with the owners of Sheetz, the office explained that the word was “widely used in the food and restaurant industry. The fact that the applicant’s business is much larger than some other establishments using ‘footlong’ in connection with 12-inch sandwiches does not establish applicant’s right to exclusive use of the term.”

Much like Subway, the tech company tried to trademark a word that was arguably used quite a lot in its sector. But hoping to protect the investment it made in wearable technology, Google hoped to prevent other firms using the word “glass”.

That’s right. Google currently has a trademark for “Google Glass” – far more understandable. However, it wants to refer to the product as simply “glass”.

Of course, it’s not the only company to use the word. In fact, Border Stylo, a company which developed an App for Chrome called “Write on Glass,” lodged a complaint. Its argument was that “glass” was “merely descriptive” and should be refused trademark protection.

Looking at the success of Specsavers though, Google may still have a chance. 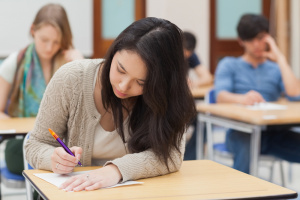 What does the future hold for school leavers post-Brexit? 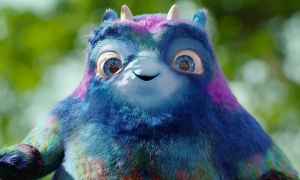