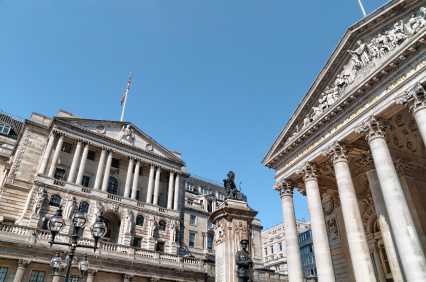 In spite of the Funding for Lending Scheme (FLS), the number of loans being offered by banks has continued to fall, the Bank of England announced earlier this week. The scheme began in August last year and was designed to encourage banks to lend more money to businesses and individuals.

Business secretary Vince Cable reacted to the news that lending fell by ?2.4bn in the fourth quarter last year, compared with the previous three months, by saying that the scheme may need to be ?adapted?. The Bank of England commented that the FLS will need more time to trickle through to lending volumes; time that struggling businesses don’t have, some might say. New figures from the Big Five high street banks confirm that lending to businesses is continuing to fall, though there are strong variations between different banks. Lloyds Group cut back its lending by more than ?3bn during the last quarter of 2012, whereas Barclays increased lending by ?1.8bn. Nationwide also increased lending, mainly due to its big mortgage book. Santander and RBS reduced lending, by ?2.8bn and ?1.6bn respectively. On the other end of the spectrum are the challenger banks, who widely say they have benefitted from the scheme. Craig Donaldson, chief executive of Metro Bank commented on the FLS figures: ?The Funding for Lending Scheme was introduced to help stimulate our economy through increasing lending to individuals and small businesses. These figures show that there?s certainly more work to be done with some of the market players, but Metro Bank is a great example of how the scheme is working and we?re very proud of that.?

Banks lend what they’re asked for

The British Bankers Association (BBA) claimed that most loans asked for by businesses are approved. Main reasons for the fall in lending is, instead, that fewer businesses want to borrow money. “It is more of a demand issue, rather than a supply issue,” a BBA spokesman told the BBC this week. “Every time that people read that banks aren’t lending, they don’t apply.” But businesses themselves continue to express their frustrations with not finding the funding they need for growth. In 2011, mainstream banks made ?75bn of loans to small and medium enterprises, according to the CDFA’s recent ?Mind the Finance Gap: Evidencing demand for community finance? report. However, there is an estimated finance gap for small and mid-sized businesses, which is not currently covered by mainstream finance, of ?1.3bn per annum. John Williams, managing partner at small business investment specialists, Kuber Ventures, said: ?The initial impact of the Funding for Lending scheme has been disappointing. While it has achieved its goal of increasing lending during a difficult economic environment, the simple fact is that the scheme has not had the desired effect.?

Hopes cling to other schemes

Even if the FLS has disappointed, there is a vast amount of other government lending schemes currently available to UK businesses. ?In isolation, the Funding for Lending scheme may not have had the desired effect, but this is just one initiative among many that has been set up to help small businesses generate funding,? said Williams. ?Take for example the Enterprise Investment Scheme (EIS) which introduced tax relief for investors in UK small businesses; a market that continues to grow in size each year since its conception. ?The more funds that are available for small businesses the better it is for the economy, so yes, the FLS scheme may not have achieved its goals, but it is not without its virtues when you consider its importance in the wider context of schemes aimed at helping British small businesses.? The danger is that, by the time the schemes have had their desired effect, it might be too late. The recent Viking Small Business Barometer survey revealed that nearly one in five small business owners admitted to having to sell or remortgage their home in order to gain enough capital to start-up or run a business. Most respondents announced that government initiatives had been of no help to them in their struggle. And in a Real Business survey in December, less than ten per cent of you said that existing government funding schemes have helped your business. The latest FLS numbers won’t help the fading trust in government schemes. Could their effect grow strong over time? And if so, how much time does government have before businesses lose their trust completely? We’ll be discussing this more next week, on March 15th, at Real Business Funding. Until then, join the discussion on Twitter, under #unleashingfinance.