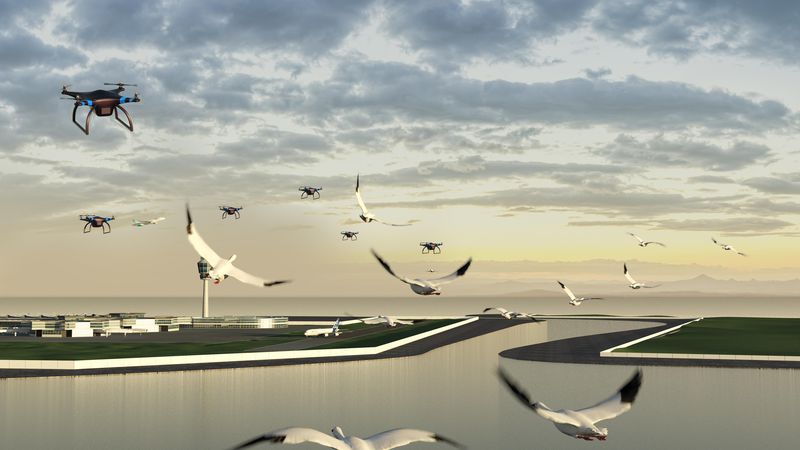 The biennial global student challenge was created in partnership with UNESCO to inspire young innovators, by showcasing what opportunities the aviation industry has to offer.

The winning team will win €30,000, with the five finalists addressing one of six challenges identified by Airbus to provide sustainable future solutions. It forms part of the company’s vision of sustainable air travel by 2050. This year’s shortlist was the most diverse line-up to date – eight nationalities from nine universities, with a mix of engineering and non-engineering backgrounds and a higher percentage of female students than ever before. The UK team from London is comprised entirely of females. Flavia Schlegel, assistant director-general of the natural sciences sector at UNESCO, said: “With diversity being the key to driving innovation, the competition gives students – both male and female, from all different backgrounds and based all over the world – the opportunity to offer their individual expertise.” With the competitors whittled down to the top five, Brazil, Japan, China, the Netherlands and the UK, the finalists travel to Hamburg in Germany to make their case to become the recipients of the €30,000. The outcome will be decided on 27 May, with the runners up sharing €15,000.

Team Multifun from the Delft University of Technology in the Netherlands came up with the idea of plane wings dressed in a composite skin that harvests energy from natural vibrations or flex in the wings. The aim would be for piezoelectric fibres to gather electrical charges from even the smallest movements during flight. The energy would be stored in battery panels integrated in the fuselage and using it to power auxiliary in-flight operations like lighting and entertainment systems. The team said this would reduce the energy footprint of an aircraft during flight and could potentially replace the entire power source for ground operations. Read more on aviation and innovation: Brazil’s team, Retrolley from the University of São Paulo, focused on reducing waste in-flight with the idea of a bespoke recycling trolley that sorts rubbish – minimising the volume of foils, paper and plastic, and collecting residual fluid. Additionally, the team said this would reduce the weight of galley equipment by up to 30kg, helping lessen fuel consumption as well as offering more space for refreshments on board.

The giveaway is all in the name for Japan’s team Birdport from the University of Tokyo. Their idea concerns drones or unmanned aerial vehicles to assist in guiding birds away from airports to a safe habitat nearby. This would aim to significantly reduce bird strikes to aircraft and boost aircraft availability. The drones would use separation, alignment and cohesion to guide the flocks, and divert them to “Birdport” – where decoys and birdsong are used to create a natural environment for the birds in the area.

China’s Northwestern Polytechnical University team – Aft-Burner-Reverser – suggested applying motion-sensing technology from a games console to an aircraft guidance system for use when taxiing. The model can use infrared and visual information to warn the pilot and ground crew of high-risk obstacles. The team said this should reduce the turnaround time of aircraft between flights and the cost of damage – saving airlines millions each year. The UK’s team from City University, called Team Bolleboos, came up with the concept of a WEGO system. It picks up energy during taxiing and transmitter sections on the ground ­– just below the aircraft in the tarmac – and transfers electrical power inductively to a receiver placed between the nose-wheels. City’s team said this provides a sustainable energy source to power ground operations, reducing carbon emissions by half.

A total of 518 teams representing 3,700 students across 104 countries entered the competition in 2014. The previous winners were students from the University of São Paulo in Brazil, who suggested the idea of a luggage loading and unloading system for airplane cargo compartments to reduce the workload of airport baggage handlers. Charles Champion, the executive vice president engineering at Airbus, said: “The competition has always been incredibly tough, and they can all be very proud to have got this far.”  He added that the innovation shown by students across the board was particularly inspiring. “What their ideas show us is that the next generation can bring fresh thinking to our industry, and help shape the future of flight,” he said. By Rebecca Smith