Indeed, for Evert, being environmentally-friendly is of great importance to his company and to him personally. Being green is at the core of Evert’s company ethos. Since trading began 10 years ago Holland has continually completed audits to make product and processes greener.

For example, printing is done only on recycled paper, all ink is eco-friendly and more than 99 per cent of the company’s waste is recycled.

This eco-awareness translates to the choice of where they set up their four branch offices – at York, Bristol and Sussex and at Knutsford, in Cheshire, where it all began a decade ago. Rather than open offices on a less-than-green industrial estate, the company chose to re-use old buildings like barn conversions and a disused watermill.

Evert finds it a shame that in the current climate of recession many environmental issues are put on the back burner again.

“It’s a misconception that green alternatives are for the ‘well off’ and cost more money. Our product is a fine example of a product where choosing green will actually work out cheaper in the short and long run.”

Since “going national”, business has boomed as more and more householders, landlords and property-owners began to realise that today they have a choice and do not have to rely on chemically-injected methods of damp-proofing.

Because engineers can complete a job in only a day, increasing the volume of work taken on, turnover naturally began to rise.

In 2008 alone, growth soared by 70 per cent. Such a massive increase in orders brought its own problems, however, and today Evert looks for a more realistic 30 per cent yearly growth rate.

Unfortunately, Britain’s damp-proof industry has displayed a certain reluctance to welcome the “incomer” with open arms, a situation Evert accepts somewhat philosophically, wryly commenting that he finds a suspicion of new ideas and methods an amusingly British trait.

“Our product has a unique selling-point,” he says. “It’s green. It’s tried and tested. We have been here for 10 years but people still think of it as new. It’s a British thing.”

But you can’t argue with the numbers being crunched and the rapid increase of orders across the country that Holland Damp Proofing is currently experiencing. The fact that Evert talks about his company in terms of being a ‘multi-million’ pound business speaks volumes for its success. Now the company has completed work in thousands of private homes as well as properties owned by councils and housing associations.

So where does this single man with a single vision envisage his company being in 10 years?

“I want to open more offices, but they will be smaller, making the company more manageable. I want to deliver a better service. It is better to have smaller centres nearer to people so engineers don’t have to travel too far to do their work, driving their vans and using petrol. It’s all about our carbon footprint.”

And the secret of his success? “I think it’s drive. It’s honesty. It’s listening to my gut feeling.”

It’s clear Evert, who stays true to a love of the outdoors he discovered in his teens by regularly going running, skiing or working out at the gym, is proud of his company and its product.

“It is very nice to have a product that is so green,” he says. “I like nature. I grew up in a forest.” (He was born in a village to the east of Amsterdam.) “At primary school I was campaigning against killing seals.

“I have a product that reflects my ethos on life. But I’m not an eco-warrior. I just care about the environment.” 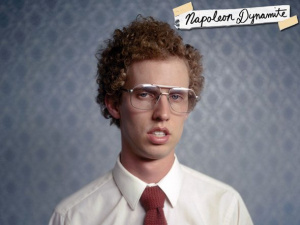 How to make the right first impression 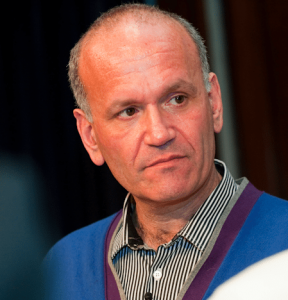 Why do people hate lifestyle businesses?