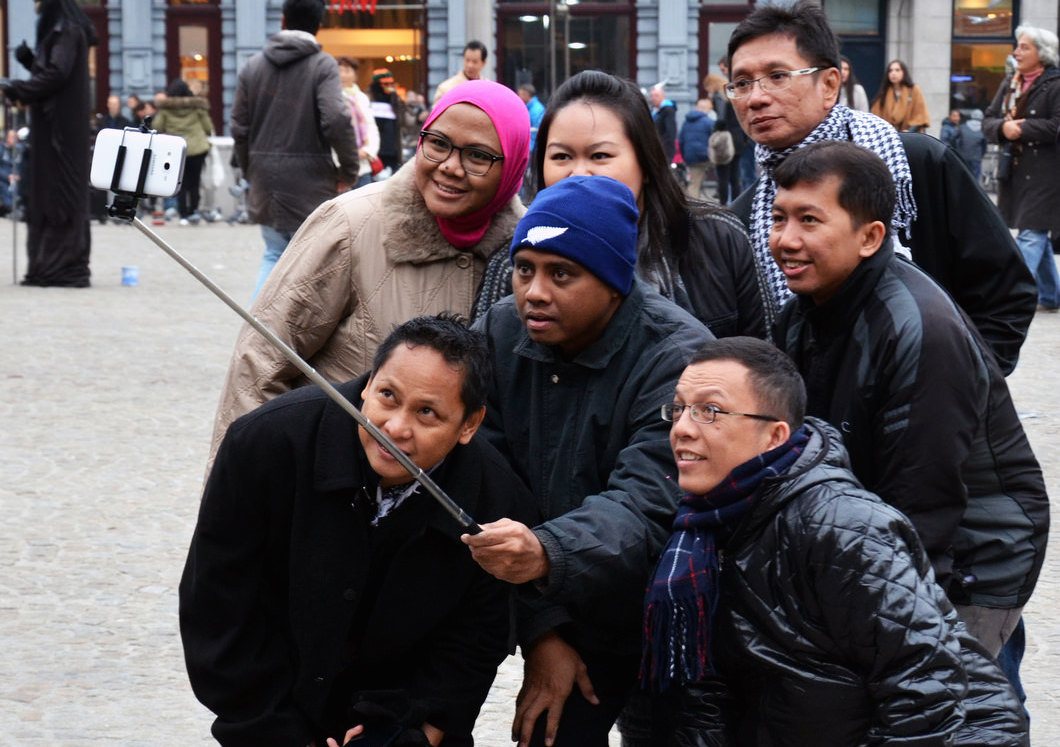 The smartphone is something which rarely leaves our side: from waking us up in the morning with an alarm, allowing us to catch up with emails or texts on the way to work through surfing the web, booking a taxi or engaging with social media thought the rest of the day.

Now, we don’t even have to hand over our phone so that we can take a self portrait picture – as the selfie stick has emerged. The selfie (taking a picture of yourself and others) is nothing new – just ask the swathe of celebrities who take them every day. But the must-have gadget of the last month has been a device that makes those snaps seem a little more candid and a little less intrusive.

Depending on who you ask, the selfie stick dates as far back as the 1920s. A BBC article has the mechanism originating during that decade when a couple used a crude stick for the job. However, some lightweight metal and bluetooth technology now means everyone and their grandma can get in on the action. Costing as little as a few pounds sterling, the gizmo provides a way for eager snappers to hold the camera further away and take a picture at the click of a button. Driven by its social value and low cost, the selfie stick has proved so popular that authorities in South Korea have introduced fines for unregistered gadgets, while football clubs such as Arsenal and Tottenham Hotspurs have banned them from stadiums. From a match held on new year’s day, London club Tottenham not only banned them from being used during games but also anywhere around the stadium. For those who find the use of cameras, mobiles and smartphones during concerts the announcement will have come as welcome news – while those fixated on posting their latest travails to social media will be nothing short of appalled.  Social media, online shopping and cheap productions costs often result in products becoming household names overnight. You only have to look as far as the onesie (an all in one body suit of various designs) to illustrate the point. Loom bands have proven wildly successful with children and made importers a pretty fortune due to a convenient mark up. The very definition of someone or something being popular is when authorities try and crack down on it. The loud sounds of the vuvuzela (made popular during the 2010 football Wold Cup) were subsequently banned. Driven by their hostile nature and low-cost acquisition, vuvuzelas are a prime example of a social phenomenon that got out of hand. Read more about popular gadgets: Coming back to the divisive nature of selfie sticks, it appears that in the long run the more conservative of us will be appeased. Despite their convenience in getting a birds-eye picture or allowing everyone to be in a snap, those who complain about their intrusive nature will ultimately win over. However, as with any craze centred around a gift-giving period such as Christmas, we need only wait for next year to be introduced to a new wildly popular product. Again it all comes back to the intoxicating combination of social media, online shopping and low material costs. These products become arguably disposable, good for a few hours or days of fun and then cast on the scrap heap that also includes USB sticks, headphones, and smoothie makers.  Let’s face it, we live in a very disposable world. The cost of technology means that not only are things cheaper to just buy again than repair, but we can be fixated on a new gadget day after day without too much of an outlay. So should we be concerned that selfie sticks are being banned left, right and centre? Probably not, because soon enough we’ll have drones doing just the same job anyway. By Hunter Ruthven