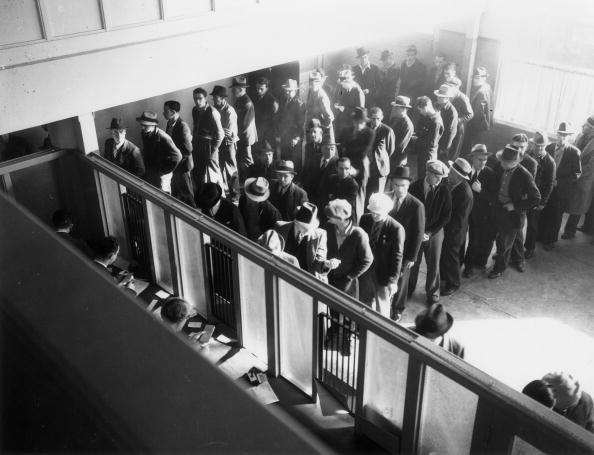 Unemployment fell by 35,000 to 2.65 million over the December-to-February period,?edging down from a 12-year high of 8.4 per cent to 8.3 per cent. This is the first quarterly fall in unemployment since the three months to May 2011: welcome news for the British economy. But (and there?s always a but)… Women bore the brunt of joblessness. The stats show that the number of unemployed women increased by 8,000 in the latest quarter to 1.14 million. That’s the highest figure for almost 25 years.? Meanwhile, long-term unemployment is set to hit its highest level?since 1995 over the coming months, according to a separate report released today by the?Institute for Public Policy Research?(IPPR). The thinktank said another 107,000 people will join the ranks of the long-term unemployed in the coming months, taking the total to its highest level in 17 years. Almost a million people will have been out of work for more than a year by the end of 2012. Tony Dolphin, the IPPR’s chief economist, describes long-term unemployment as ?the hidden crisis of the slowest-ever economic recovery in the UK?. ?The longer someone is unemployed, the less likely they are to ever return to work,? he says. Dolphin reckons the government should guarantee everyone who has been unemployed for more than a year a job at the minimum wage in local government or the voluntary sector. “With that right should come the responsibility to take that job or risk losing their benefits,” he adds.