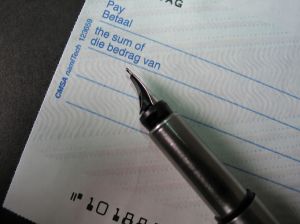 There is an old Monty Python sketch in which a persistent John Cleese attempts to buy a fish licence, in spite of the attempts by the man behind the counter at the Post Office to reassure him that no such thing exists.

It was funny back in 1970, when it was first broadcast. It is a bit harder to see the joke now. There is no social problem too large or too small for the government to attempt to put right with a licensing scheme. You want to work with children? The Independent Safeguarding Authority (ISA) is awaiting your cheque for ?64 for clearance. If you want to take the kids canoeing, that will be another ?715 to the Adventure Activities Licensing Authority. How are you going to get them to the river? If you are planning to drive them, there is a minibus permit and, if you first passed your driving test after 1997, you must now pass the Passenger Carrying Vehicle test at a cost of ?61. You now need a licence to supply itinerant labour to farms, to let a three-storey house to students, or to sell kitchen knives in Scotland. And yes, the government wants to introduce a licensing scheme for deep-sea fishermen. Licensing schemes give a very visual impression that someone is in control. They give officials the opportunity to undertake an action ? checking somebody?s licence ? and, therefore, to justify their existence. They also trick the public into thinking that a problem has been solved when it most likely has not. When examined at close quarters, a good number of licensing schemes turn out to mean nothing. If you were interviewing a candidate to be your child?s nanny, wouldn?t you be reassured to see her licence, issued by the Office for Standards in Education (Ofsted)? You probably would. But all it means is that the ?nanny? has filled in a form and paid ?100 to Ofsted. That much was discovered by Karen Dixon, chief executive of the London Nanny Company, who grew suspicious about the number of applicants with no qualifications or experience, just a licence from Ofsted. So she applied for a licence herself ? in spite of having no childcare qualifications. Without even having completed so much as a first-aid course, she was instantly accepted. Inspect the Security Industry Authority licence (SIA) proffered by a burly security guard and you?d be forgiven for assuming that he?s a half-civilised human being. It would be a dangerous assumption: the SIA makes it clear that a criminal record is no bar to being issued with a licence. The main criteria for getting one would appear to be your ability to afford the ?245. Even then, you could always nick the money. The SIA website has a ?criminal record indicator?, which measures your eligibility for a licence. I tried it out, inventing myself a criminal record that included convictions for assault, causing culpable or reckless injury, harassment and arson ? I was deemed eligible for a licence. I then added a conviction for use of chemical weapons and was still given the all-clear. Had he not been executed, Saddam Hussein could have worked as a bouncer at a London nightclub. All these licensing schemes seem to achieve is work creation ? usually in Labour constituencies. The ISA, for example, has just been set up in Darlington, a Labour heartland in need of a few jobs. The SIA is based in Liverpool. You can see how the government?s mind works: got an unemployment problem in some downtrodden industrial town? Let?s set up a licensing system, needing several hundred staff to operate it. Meanwhile, the social problem that inspired the licensing system carries on unabated: bad nannies carry on neglecting children; criminal bouncers carry on beating people up. And even with a deep-sea fishing licence, you can be sure that North Sea cod stocks will continue to collapse.  Image source