The history of the Greek debt crisis is well documented. A vast budget deficit leading to huge borrowing costs and an enormous bailout from the European Financial Stability Facility (EFSF) has led to severe pressure for grand austerity measures.

All this has been followed by recent mass rioting in the streets of Athens.

The future of the Euro is being called into question: the single currency is at 52 week lows against the pound and 17 month lows against the US Dollar. Changes in the value of currency in such a major region obviously have an important effect on British businesses.

Given that more than 50 per cent of UK exports are purchased in Europe, British businesses should be watching these events closely. With continued demands being made of Greece, further uncertainty in the Eurozone is the only certainty.

In the short term, Greece must find a way to cut a further €325m of public spending in order to receive the next batch of bailout funds from the EFSF.

These funds are essential to Greece’s ability to pay back its loans and, with the Greek people protesting fiercely over the cuts already announced, this is a political time bomb waiting to explode.

Eurozone chiefs have clearly stated that bailout funds won’t be delivered unless the cuts are implemented. But even if these short-term demands are met, the long-term issues remain.

Greece does not bring in enough money to cover its expenses. It is heavily reliant on bail out funds from the Eurozone. Greece’s failures are putting its status as a Eurozone nation in jeopardy. They have sparked a continued lack of faith in the European single currency.

What will it mean for British businesses?

This is already having an impact on UK businesses who sell their products in Europe. A weakening Greece spells a diminishing market place for UK exporters. Plus a weakening Euro means that British businesses that are repatriating Euro profits into Sterling are seeing less of a return.

As such, our prices have to go up and so our exports become less competitive – good news for some European manufacturers but a real threat to the UK government’s ambitious export strategy.

This would be made worse if the Eurozone was to break up completely. The peripheral nations like Greece, Spain, Portugal, Ireland et al would be faced with very weak economies/currencies and their import policies would almost certainly shrink as a result.

Conversely, businesses that are importing from Europe are finding their costs significantly reduced as the Euro becomes cheaper. This means wider profit margins and increased competitiveness. Should Greece’s woes continue, UK importers will continue to make hay.

Should Greece and the Eurozone reach an agreement, on the other hand, the Euro will regain ground. This will make imports more expensive and leave UK businesses with increased competition from European rivals.

UK businesses continue to be directly affected by events in Greece. Implementing a currency hedging strategy remains the safest way to protect budgets. One thing is for sure: Greece’s debt crisis will not go quietly.

Torrie Callander is a corporate dealer at Global Reach Partners 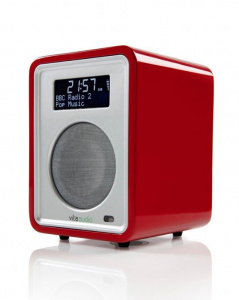 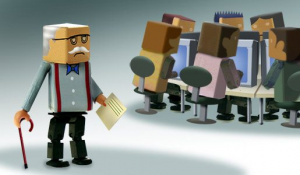