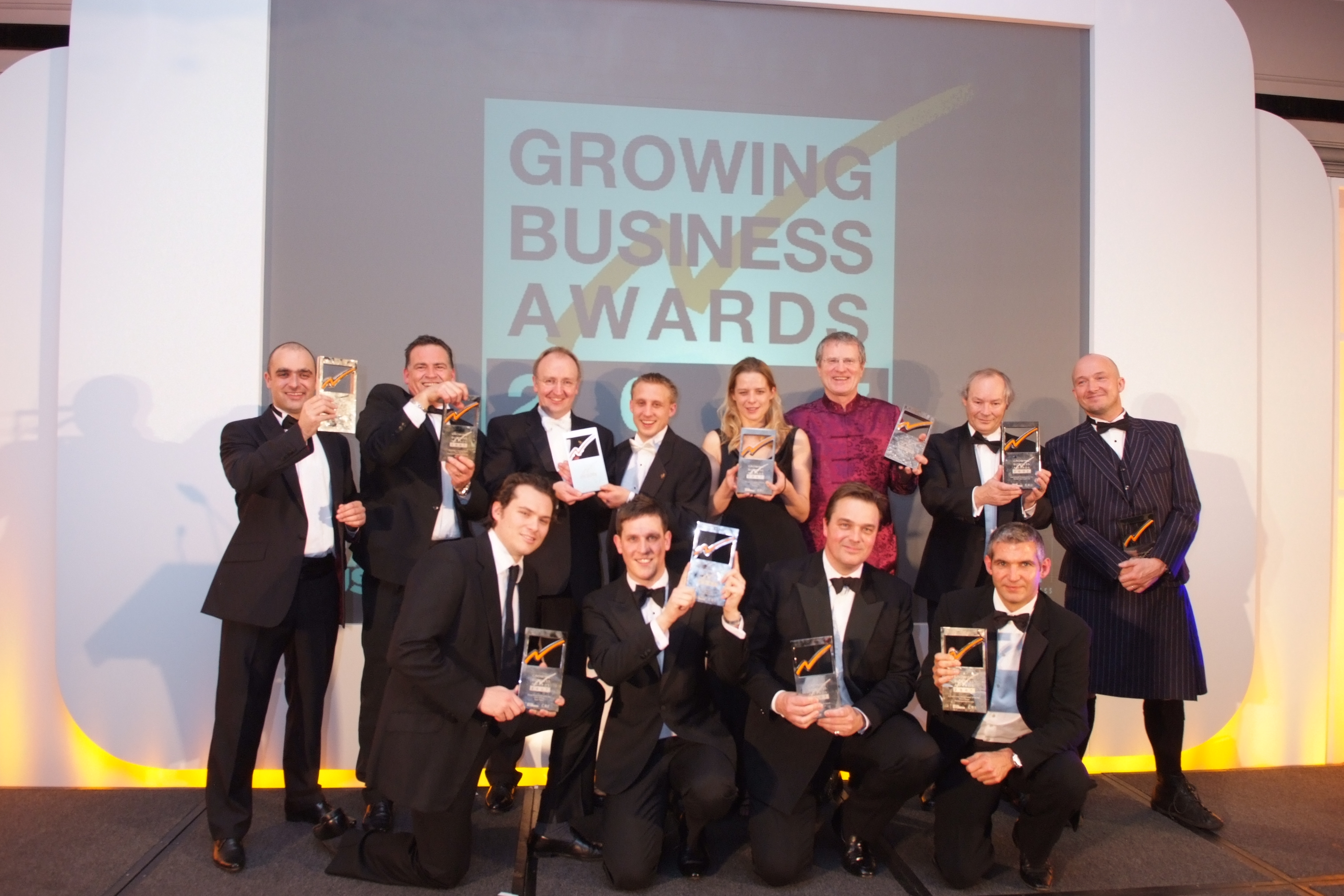 The evening kicked off in rip-roaring style with an address from Richard Lambert, director general of the CBI. He lambasted the government for their gross misjudgment on the CGT issue, telling the assembled entrepreneurs: “Tattooed on my chest is the word ‘U-TURN'”. Rory Bremner followed with a few funnies. Then came the moment of truth: the gongs. Joint winners for Young Entrepreneur of the Year were Dan McGuire, MD of Broadbean Technology and Oliver Bishop, founder of ?14.5m-turnover digital media firm Steakmedia. McGuire re-lived the hellish judging experience before the formidable panel of judges. “I never usually wear a tie,” he said. “But when I heard that there were two Dragons on the judging panel, I thought I?d better smarten up. I?ve seen Peter Jones tear a strip off an entrepreneur on the programme for not wearing a tie. So I put it on, felt really uncomfortable, walked into the room and then I saw that he wasn’t wearing one! Unbelievable!” Ollie Bishop was positive he was out of the running. “Someone called me up for some extra details about the company and I thought, ‘Oh no. They’re writing some commiseration piece for the losers’.” Astonishment was a recurrent theme that night. “When I saw Grant Bovey [fellow contender for the Entrepreneur of the Year award] on the front cover of Real Business last month, I thought, ‘We’re toast’,” said Steve Leach, CEO of ?70m- turnover Bigmouthmedia. Leach went on to scoop the prize, nearly taking out Rory Bremner during his impassioned thanks to his team and his wife: “Heather, you still rock my boat. I love you!” Bremner replied, “She’s also rocking my lectern! And knocking my script for six!” David Milne, last year?s Entrepreneur of the Year was also in attendance.The Wolfson Microelectronics founder was in good spirits, “I’ve retired!” he told Real Business. “It’s wonderful. I wake up every morning and don’t have to go to work. The business of business can be so irksome.” Milne is still on Wolfson’s board of directors, but it’s a non-executive role. “I check in a couple of times a month,” he says. What is he doing the rest of the time? Building his own chalet in Switzerland, of course. “I’m a keen climber.” Milne was a real trooper that evening. Despite forgetting his reading glasses, Milne still managed a top-notch introduction to the Technology in Business category. The Young Company of the Year award went to Oliver Cookson of myprotein.co.uk. With growth at 250 per cent and a 90 per cent customer retention rate, the nutrition product manufacturer was a sure-fire winner. Sarah McVittie took home the trophy for Innovative Company of the Year with Texperts, and John Conneely won the coveted Product of the Year category with Natural Colour Cotton. Conneely also won the unofficial Disco Dancer of the Year award for his crazy moves on stage with Funktonite later in the evening. Simon Nixon, founder of Moneysupermarket.com was voted the Entrepreneurs’ Entrepreneur. “When I think of previous winners, like Branson, Philip Green, John Caudwell… It’s a huge honour,” he said. “It’s taken me a long time to get to where I am today. There have been several things that have pushed me to get here. Like fear; I’m terrified of failure. Business is like a treadmill. You either run or fall off.” Nixon shows no sign of falling off quite yet. With sales up 63 per cent and pre-tax profits at ?6.2m, and a new plan to launch a dot-com incubator for budding entrepreneurs, he’s going the distance. With all the glitterati basking in the full glow of their collective success, it was a crying shame when the band packed up and we were ushered out of the hall. But for party animals and runner-ups last night, all is not lost. There’s always next year.