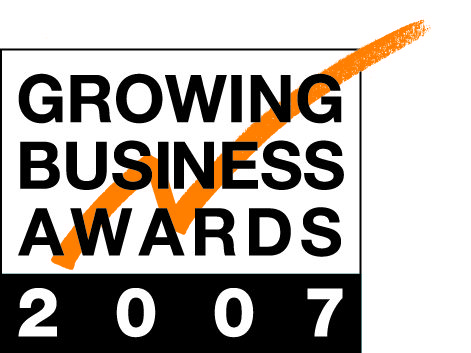 International Company of the Year

Albourne Partners is a London-based hedge fund advisory firm. Set up in 1994, it now employs 130 staff across 12 offices around the world. Over 90 per cent of Albourne’s clients are from outside the UK. Last year the company bagged The Queen’s Award for Enterprise in International Trade. Llanllyr Water Company is one of the fastest growing exporters of bottled spring water, with North America, Europe and the Middle and Far East now accounting for one third of sales (£369,000). The company is looking to dip its toes into several new markets, with a major promotional push planned for Canada. Nisa International exports over 15,000 British food and grocery products to retailers and distributors in over 80 countries worldwide. Between 2005 and 2006, the company grew by over 14 per cent, compared to the overall food and drink export market growth, which lags behind at 3.4 per cent. Today the company holds 20 per cent of the share of the wholesale food and drink export market. Randox Laboratories was founded in 1982 with just three employees. Today, it is a major player in the £10bn global market for clinical diagnostic products. Its turnover hit £43.7m last year and Randox products are now being sold in 130 countries, with international sales comprising 96 per cent of its business. Randox received its fifth Queen’s Award for International Trade this year, making it the only Northern Irish company to have received five Queen’s Awards.

Exchange Group is no ordinary training firm. It works with the very people most companies wouldn’t touch: ethnic minority groups, the over-fifties, the unemployed, single parents, women and the under-skilled. Exchange has 28 training centres across the country and is producing spectacular results: 94 per cent of students complete their course; 73 per cent do more than one course and 86 per cent pass their exams first time. Dodo Pad: Need a little help with your ‘muddle management’? Dodo produces quirky diaries, calendars and organisers for customers aged between nine and 90. With a small team of just three, this company promises to personally answer all calls within four rings and reply to all emails within 24 hours. It’s that kind of service that keeps the punters coming back: repeat orders accounted for 39 per cent of sales this year. Genset supplies generators, welders, tower lights and pumps to the UK hire industry. After every delivery, Genset asks its customers to rate its service and then uses this information to improve its performance. It’s working. The Wales-based firm achieved an 83 per cent customer satisfaction rate this year, up from last year’s 79 per cent.  Driver Hire: This West-Yorkshire based driver recruitment agency has grown from a single office in 1984 to a national franchise of over 100 offices. But this company is about “much more than driving”. Driver Hire provides its customers with training materials such as DVDs, PowerPoint presentations and lecture notes, and keeps them up to date with legal and industry developments via its newsletter. These touches have helped boost sales by 12.6 per cent this year. Office Broker is the business version of an online dating site, linking up commercial property agents with businesses desperately searching office space. Each Office Broker consultant specialises in a certain geographic location so they can provide customers with accurate, localised information. This has helped the Staffordshire-based firm maintain a conversion rate of around 14 per cent – the highest in the industry. Office Broker has doubled profit and turnover each year for the past three years and is set on becoming “the global place to find your space”.

Greenbank Group designs and manufactures abrasive and chemical resistant products. In 2000, this Derbyshire-based firm started working alongside the University of Nottingham to design new technologies to improve the efficiency of coal-fired boilers. This has fired the company’s growth by 70 per cent, from £4.3m in 2005 to £7m in 2006. Advance Peripheral Systems was struggling to stay afloat. Customer satisfaction and profitability at the fire-safety products firm had hit an all-time low. Then, in 2006, it introduced digital pen technology, allowing service engineers to collect and transmit data back from the field. From losses of £350,000 in 2004, the Worchester-based company is now back in the black, expecting profits of £150,000 next year. Close Invoice Finance helps over 1,000 clients manage their cashflow. Last year it launched a web-based system called IDeal to cut out the mountains of paperwork involved in invoice discounting. IDeal has helped the company woo almost 200 new clients and has boosted growth by eight per cent.  Thunderhead: Founded in 2001 by Glen Manchester, this Herfordshire-based company supplies software to the notoriously wary investment banking industry. Without any outside equity investment, Manchester has doubled revenues every year. Turnover in 2008 is expected to hit £30m.