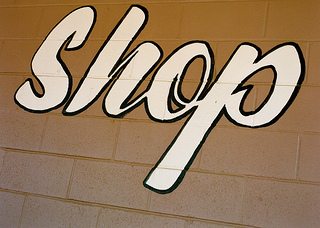 Retail is an emotive topic which has occupied public debate for decades. The growing omnipresence of chain stores, and in particular the massive expansion of the Big Four grocers started raising hackles in the 1990s among critics who lament the decline of independents and the perceived homogenisation of the urban landscape. Protests against the opening of new supermarkets are still a regular occurrence; the massive buying power of national retailers is perceived by some to be unfair to suppliers as well as other retailers; and the horsemeat burger scandal is still fresh in our collective memories.

The Portas Review of December 2011 highlighted the rapid growth of online shopping, and outlining specific recommendations to revive town centres. According to an Ipsos MORI survey conducted in October 2013, 73 per cent of adult Brits believe that the high street is in decline. However, those aged 18-24 are considerably more optimistic. Perhaps as they do not have memories of the past and the High Streets heyday this is just the new normal . It also appears that young people today are as passionate about shopping as ever, with 53 per cent of 18-24s admitting that they enjoy shopping. So, are they just more open to a new and different definition of shopping Much has been written about the digital natives , the always-on generation who have never known a world without broadband or smartphones. Those for whom virtual spaces are as equally meaningful as physical ones are likely to embrace the possibilities afforded by online shopping, just as older or analogue folk may lament the closure of bricks and mortar stores and consider online to be more of a threat than an opportunity.  Some 29 per cent of 18-24s enjoy sharing photos of new purchases on social networks, more than double the national average, and 40 per cent of 18-24s have indulged in the practice of showrooming using a smartphone to browse information about products and brands while standing in a store. Not surprisingly, 18-24s lead the way in demanding free WiFi in stores. The digital generation consume content and access social networks seamlessly across multiple screens, but are entirely comfortable mixing and matching virtual and physical retail, and indeed will sometimes experience both at the same time. So, if they are to be believed, perhaps the future is set to be truly clicks and mortar. Stephen Yap is Head of MarketQuest at Ipsos Marketing Image Source