If you’re a distributor of supermarket products across the globe, then note that you will find no lover of Ketchup in France.

“We have to ensure that children become familiar with French recipes so that they can hand them down to the following generation,” explained National Association of Directors of Collective Restaurants Christophe Hebert – the man behind the ban. “We have to stop children from being able to serve those sauces. Children have a tendency to use them to mask the taste of whatever they are eating.”

OK, most mother’s complain about children using condiments on food they’ve taken the time and effort to perfect, but the reason behind possibly one of the craziest modern prohibitions is far more worse than ruining your mother’s cooking.
It seems that Ketchup is a cultural threat.

Any chocolate/toy combination that you may have created to beat the Kinder egg hype will be whisked away upon entry to the US.

Not only is there a ban on candies embedded with toys, which started in 1938 in order to protect children from accidentally swallowing them, there’s also a law requiring any toy accompanied with sweets to be safe for children of all ages.

Of course, there’s been much hype and debate about how to work around the ban.

Another form of candy featuring on the banned list is jelly sweets. Apparently they contain a thickening agent called konjac on the basis that they pose a choking hazard.

In a statement, it was suggested that the “ban follows an EU prohibition in 2002 on the sale of mini cup sweets containing Konjac which was linked to a number of deaths of children and elderly people worldwide.”

Humorously, it seems that the Food Standard Agency has to write to numerous authorities in the UK, reminding them that Britain itself has placed an import ban on it. This also includes the rest of the EU.

Hagis has been outlawed in the US since 1971 because the food standards agency prohibits sheep lungs in food products.

There have previously been stories of at least 6m Americans of Scottish decent attempting to smuggle in haggis for Burns night and the Scottish government is still keen on trying to overturn their decision.

In the mean time, the US tried to come up with their own version, without sheep and without much success.

“It was a silly ban which meant a lot of people have never tasted the real thing,” said Margaret Frost, of the Scottish American Society in Ohio. “We have had to put up with the US version, which is made from beef and is bloody awful.”

Read on to find out what else is off limits. 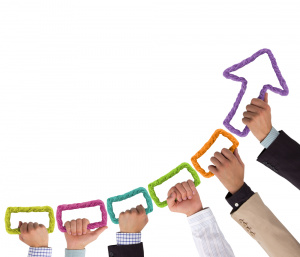 How do we create more high-growth small businesses?