Much research has highlighted how bosses view millennials. This polarised view point was the heart of The Supper Club’s Talent Tactics report. In it, Alex Evans, the company’s programme director, explained: “They are deemed ambitious, social, globally-minded, tech-savvy and entrepreneurial; or entitled flight risks with unrealistic expectations and a short-term mentality.”

Despite these associated stereotypes, bosses are going out of their way to recruit millennials. In large part, they’ve garnered such focus because they will make up a third of the global workforce by 2020. That they’re shaking up the workplace along the way, Perkbox recently maintained, is without doubt.

Hoping to gain a better understanding of the queries bosses have had to ask themselves due to millennial expectations, Perkbox teamed up with SEMrush to examine the trending online searches of 2015-17 in both the UK and US.

It found that a lack of understanding ran rampant, with UK millennial-related searches showing that bosses aren’t sure how to motivate them. They have forced bosses to rethink incentives, inspiring them to implement measures such as flexible working.

The latter is largely due to millennials placing high value on work-life balance. When this “need” isn’t met, you’ll likely find yourself among those searching for reasons why millennial workers look so depressed. It suggests bosses are placing greater focus on wellbeing and happiness, with Perbox explaining that the UK was more concerned with overall health.

“What the US seems most worried about however, also impacts motivation,” the company explained. “They’ve simply gone off on a different tangent – laziness. ‘Why are millennials so lazy?’ tops US online searches about millennials over the last three years.

“‘Entitlement’ trends also vary differently in both regions. In the UK, such searches grew on average by 140 per cent during 2016-17. Searches decreased in the US by 13.15 per cent over the same time period.”

That companies now need to offer employees a goal, a sense purpose, is the biggest impact millennials have had on the workplace. Without it, Chieu Cao, co-founder and CMO at Perkbox, said, millennials feel lost. This is a trick bosses seem to be missing.

“The findings show this very clearly – millennials lack the right sort of incentives at work,” Cao explained. “They’re struggling to find that true sense of purpose they’re after and as a result they come across as depressed or lazy.

“They become unhappy, unmotivated and start focusing just on making money or getting through their day so that they can get on with hobbies and outside interests. Our findings reveal that the question ‘Why do we work so hard just to die?’ was searched 2,200 times on average in the UK over the last year.

“Not only is this significantly higher than the US average (which is 790), but it’s shocking that it made it to the top ‘work’ related questions searched on Google. It’s totally unsustainable to have our next generation this demotivated. We need to take action.” 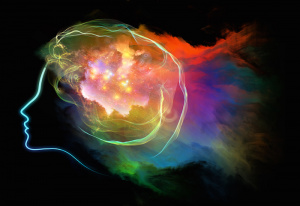 Broadband solutions for a home office