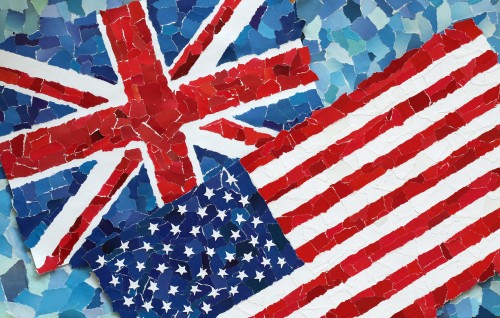 In recent years, the US has exported more than $458bn in goods and services annually to the European Union creating more than 2.2m jobs in the US. EU affiliates in the US employ an estimated 3m Americans. Similarly, US and EU investment in each others economy totals nearly $3.7tn. With such an enormous existing economic relationship, what are the key issues TTIP negotiators are directed to address to enhance the bond

With average US and EU tariffs already quite low, new and innovative approaches to addressing non-tariff barriers and other vital trade issues is a significant focus of the negotiations. The stated objectives sent to Congress by the Barack Obama administration as TTIP was launched more than three years ago include:

Eliminate all remaining tariffs and other duties; obtain full reciprocal access for textile and apparel products; eliminate or reduce non-tariff barriers that decrease market opportunities for US exports; seek greater compatibility of US and EU regulations to reduce costs associated with unnecessary regulatory differences.

Improve market access in the EU; address the operation of monopolies and state-owned enterprises; reinforce transparency, impartiality and discipline in certain services sectors.

Develop appropriate provisions to facilitate the use of electronic commerce to support goods and services trade and cross-border data flows.

Seek appropriate commitments by the EU with respect to internationally recognised labour rights and effective enforcement of labour laws.

Improve transparency in the administration of trade and investment regimes; seek appropriate commitments on anticorruption.

Make transparent and effective dispute settlement procedures on matters arising under a trade and investment agreement with the EU, including settlements through consultation. This is an extensive and complex list of objectives, each of which requires its own set of negotiations. If successful in addressing the US and EU lists of objectives, projections are that trade between the US and EU would expand substantially and further enhance our vital strategic relationship.

It is not at all clear what impact Brexit would have on the ongoing negotiations between the EU and the US. Prime minister David Cameron appears keen to close the TTIP negotiations as soon as possible as he believes that TTIP has the potential to deliver huge benefits for the UK. In addition, the PM does not seem to be particularly concerned about the investor-state dispute settlement (ISDS) in TTIP, an issue of great controversy in some of the other EU member states. As a result, should Brexit become reality after the referendum on 23 June this year, the UKs foreign policy would undoubtedly change and those in favour of TTIP and its ISDS might find themselves losing an important ally. Consequently, it may be suggested that the EUs negotiating power would be weakened and the conclusion of the TTIP negotiations may be delayed. The fact that Britain would have to consider (i) to what extent it could (or should) participate in the ongoing TTIP negotiations after Brexit and (ii) if it should instead commence negotiations with the US (and in fact the rest of Europe) individually to conclude its own trade deals, only adds further uncertainty as to how the TTIP negotiations would continue in Britains absence. In conclusion, the likelihood is that Brexit’s impact on the EUs position in the TTIP negotiations would be significant. However, it is difficult, if not impossible, to predict with any accuracy how each stakeholder would behave in light of the current geo-political situation and all the as yet unknown variables. For English businesses working alongside US companies, whether it be in the form of an acquisition or perhaps a partnership, collaboration can often be made difficult by cultural differences that exist at the heart of contract law ” here’s how. Robert Kabel, Stephen Llewellyn and Tomas Varga are from international law firm Faegre Baker Daniels.