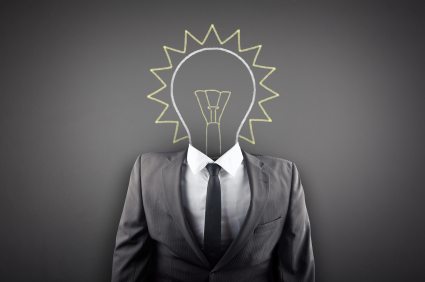 The chances of a company finding success from a bundle of underdeveloped or poorly timed ideas is highly unlikely. You know the ones I mean: the same ideas done a thousand times, those physically impossible to achieve, ones with no consumer audience, or those that when put into practice, no one in the world would be able to buy.

However, for the time being, lets say that there is no such thing as a bad idea and that they should be encouraged. As strange as it sounds, bad ideas will not only boost morale, but start a chain of creativity.

As soon as you start labelling bad ideas, the seed of doubt has planted itself in your employee, shutting down that team member’s willingness to supply ideas. In fact, you could end up discouraging future innovation or contribution.

Most of the time they will lead you nowhere and some ideas will simply be better than others, but a bad idea could end up being the basis for a great idea. Not all ideas will be well-structured, but remember that it takes time for an idea to evolve. It just might be the most brilliant plan you have heard all month. Doesn’t that imply that a bad idea might be necessary to the process?

Find the good in the bad

Encouraging the process and offering ideas could lead a simple or bad idea into a miraculous direction. Forget the details and instead extract the value of the “bad idea”, then explore it. The idea might not have been relevant to the current project, but could benefit another.

Acknowledging ideas, both good and bad will also grant your employees that sought-out recognition that will spark increased productivity.

Consider: The most ridiculous ideas could reveal a new perspective, become the catalyst to a brainstorm, or even lead to a revelation. Even diamonds begin as coal. By Shané Schutte