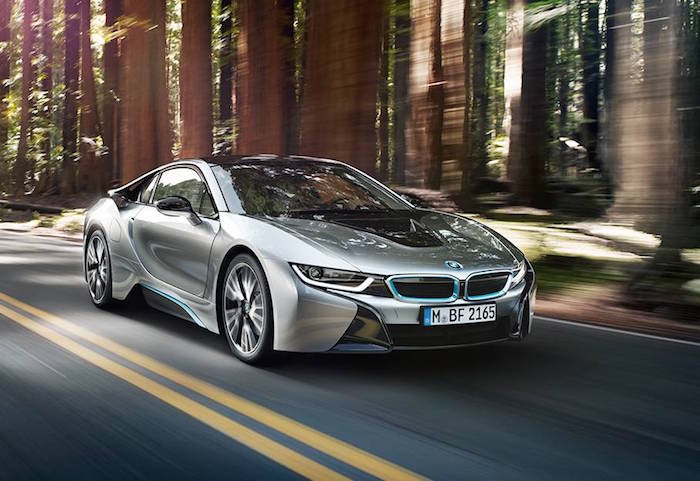 Share via
The word ?innovation? often evokes images of a Eureka moment leading to significant discoveries.?But there?s more?to the expression than that,?Real Business found from a discussion with BMW?for the latest Corporate Insights. As Albert Einstein once said: ?We cannot solve the problem with the same thinking we used when we created them.? It?s essentially the ability to see, understand and solve a problem in a unique way ? a type of thinking beyond traditional processes that sets you apart in your endeavour to give people what they want. One could even deem it the accumulation of passion, vision and capability of playing around with ideas. Creativity is thus a must. But Matt Kingdon, co-founder of ?What If!?noted in a Forbes article that?creativity by itself is ?an unexpectedly?useless word in the workplace.? Innovation, he explained, is about turning?said creativity into output. That?s why?the word should rather evoke?thoughts of a cross between??a captain and a pirate.? ?Such people would know where they want to go and able to take people with them, but?will?throw away the rule book and make things happen at the same time,? he said. “This paradoxical combination of skills is at the heart of innovation.? Companies have long strived to become the epitome of innovation, with?many claiming it a competitive edge. Indeed, its of great importance?given that most businesses no longer play in a local field, consumers expect much more and startups seem to be born almost every other day. The need to constantly improve and alter previous ways of doing things is what it now takes to survive. This concept is nothing new to BMW though. Most people assume its reputation comes purely from the quality of its cars. While that may be largely true, it certainly can?t take all the credit for the brand?s success. This is why one of its greatest marketing campaigns began with the line, ?we do not make cars…? It?s a brand very much in the business of fostering change. Take, for example, how the automotive company created an electric car ? the 1602e ? in 1972 to debut at the Olympics that year. Tesla wasn?t created until?many years later. It has since become known for tapping into trends and ?going with the flow? in a time of fast-moving technology discoveries, with a range of 12 different electric car models expected to be produced by 2025. It?s an excellent indication of how BMW is driving innovation. Another is its want to collaborate. September 2017 saw?the launch of its Innovation Lab 2018, which aims to give early-stage startups the chance to work with BMW and give improvements on products and services ? or find areas yet to be fully realised. Its?architect, Jonny Combe, general manager?of product and channel development at BMW Group UK Financial Services, explained: ?BMW opened its doors to external entrepreneurs to partner with them to support our innovation plan.?This way we develop new services that tackle the changing customer needs we are seeing and help us find new ways to capitalise on new technologies. ?Four out of our five startups from the 2016 Lab have an ongoing relationship with us. Together we?re bringing their ideas to market. So BMW has seen first-hand the value collaboration like this brings to innovation.? But there?s a twist to this year?s Lab, and it leans heavily on cultivating an innovation culture within BMW itself. Hoping to foster greater cross-company collaboration and idea development, some 1,300 employees were invited to join in the effort of changing the business for the better. ?We?re giving them expert internal and external coaching and the time away from the ?day job? to develop their ideas,? Combe said. ?Those with the best ideas get training and mentoring to develop them further, including time at Oxford University?s Said Business School. We?ve also put our money where our mouth is and earmarked investment to take their ideas to market.? It?s that concept of throwing away the rule book, of leveraging resources and recognising that no company is perfect ? that ideas from all levels, outside or inside the business can inflict change. That?s possibly one of BMW’s?greatest qualities: overturning common assumptions and exploring new ways of gaining answers to problematic questions. It?s crucial for the modern business to explore every sense of the word ?innovation,? Combe told Real Business:??You can?t ever stand still because your customers don?t, and neither do the competition. Everywhere we turn we see technology transforming products, services and customer?s expectations. “There are new companies being created that within just a few years are redefining whole industries.?To truly innovate, businesses need to?challenge?old school corporate behaviours and practices that kill off any great idea before it gets going.” At least, that’s what seems to have worked best for BMW. Combe cites harnessing the?entrepreneurial spirit within teams, alongside the establishment of new practices and processes that enable ideas to flourish, and flourish at speed, as competition changers. “You need to learn to get from idea to implementation quickly. It’s something we strive to do. And BMW?s commitment to innovation across our business is coming from the very top of the company ? our executive team see this as a key part of their strategy for the business.”