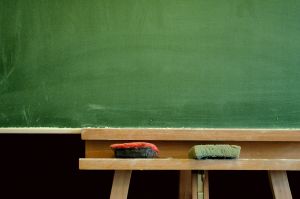 Share via
The latter of these forced universities to look for alternative sources of revenue while the first created a big opportunity. Over those years the recruitment of international students has been professionalised enormously, and for many universities income from various international sources is bigger than direct funding from the public purse. Education export represents massive value for the UK economy. Pinning down precisely how much money it brings into the UK is not easy since it triggers questions about what to include, but we can estimate that, at the moment, it is around £18bn – £11bn of which is in higher education, mainly in tuition fees and living costs. But language education is a major contributor as well, as are further education, and primary and secondary boarding schools. A growing revenue stream comes from UK education delivered abroad and online; after the USA, the UK is the main exporter. It ‘imports’ around half a million foreign students to higher education. Almost 90 per cent are in the 163 publicly funded institutions, with the remaining 50,000 or so occupying the 159 private or ‘alternative’ providers. A significant number of these students come to London School of Business and Finance (LSBF), one of the most successful education exporters in the UK and recent recipient of the Queen’s Award for Export 2013.

What is the importance of this particular British success story?

At the national level, education is clearly a major export for the economy. The impact of this is bigger than what the ‘£18bn’ figure suggests, due to a multiplier effect. A conservative estimate of the real-world impact would be double that figure, with more aggressive estimates – used to calculate economic impact in the USA – suggesting that quadrupling is necessary. Importantly, this can all be translated into jobs as well, along similar economic formulas. Plus, of course, this export sector still has major growth potential and so far, despite unfortunate political interference, the education export sector has matched ambitious expectations. At institutional level, the higher education sector would not be able to sustain high quality provision in teaching and research without these substantial international revenue sources. If domestic students were to receive the quality of education for which institutions are funded, it would look bleak. International fees and, especially in the EU, research funding, allows universities to keep standards at a high level. This is essential in order to remain competitive. Most importantly, at individual level, having graduates around the globe has given the UK an impressive network of ‘ambassadors’, influence, and a (not always conscious) bias towards British contracts, service providers amongst the alumni of our system. But, there is one more aspect: understanding the importance of ‘exporting’ British students for different lengths of time. What we really need is not so much a ‘brain drain’ as a ‘brain circulation’. Luckily, many British researchers choose to work abroad for a period of time as foreign researchers come to work in Britain. This result is win-win. Unfortunately, it has proven hard to convince our British students to take advantage of study or work abroad periods, which limits their career opportunities and certainly makes them weaker candidates in the labour market. The idea that British graduates should be offered jobs by preference just because they are British does not sit easily with a belief that competition is a good thing and that you want to attract only the best. We need to find a way to install in British students a greater international ambition to prevent them only being considered for second tier positions in the long run. Our success in the education export sector needs to be matched with an equally successful brain circulation for our British students and young graduates. Professor Maurits van Rooijen is chief executive (Academic Divisions) of Global University Systems and Rector, and CEO of the London School of Business and Finance. He is also president of the Compostela Group of Universities, co-chairman of the World Association for Co-operative Education and vice-president of the European Access Network. Image source