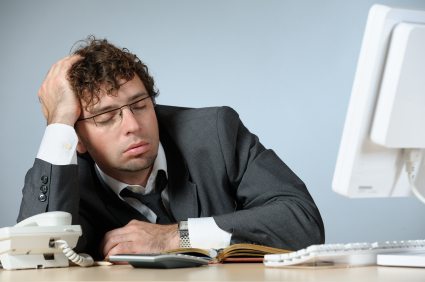 Why the glum face?

British businesses have faced relentless challenges over the last few years. There has been a constant stream of depressing news about financial problems. In the last month alone, several large British companies have suffered serious issues, with high street giants announcing job cuts and HMV facing administration. According to research from collaborative work management software company, Mindjet, British CEOs spent the last financial year focusing their businesses on achieving quantifiable financial goals, such as sustainable, top-line and emerging market growth. Tim Ohlenburg, senior economist at the Centre for Economics and Business Research confirms they?ve struggled to achieve these goals, explaining that economic growth was disappointing last year, dramatically limiting business profits and constraining expansion. It?s no wonder that British CEOs were found by PWC to be amongst the world?s most downbeat.

Aside from the financial issues limiting businesses’ ability to meet their CEOs’ goals, there are several ?softer? HR problems that have had an impact. Research released last month by Mindjet suggests that while half of British employees (54 per cent) care passionately about helping their employer to be successful, an equally large number (32 per cent) think they need to change their everyday working practices in order to be better at their job.  Worryingly, the research, which aimed to help businesses better understand their employees’ motivations and frustrations, showed that 19 per cent feel unmotivated to succeed, echoed by the finding that a quarter just haven?t got around to changing for the better.  In addition, many feel that a lack of resources (24 per cent), senior direction (23 per cent) and inefficient communication (18 per cent) holds them back from fulfilling their potential; which in turn means they?re enjoying their job less (27 per cent) and feel stressed (27 per cent).  These statistics are seriously concerning. Imagine a football team where only six players are actually playing with enthusiasm. Unfortunately, pressing financial issues often mean that companies forget to think about HR related issues. Motivated and engaged employees are at the heart of business success, and there?s no time when this is truer than in tough economic conditions.  Yet, it?s just at this moment that employee motivation and engagement drops as employers lack the resources to support and reward them. The focus can all too easily turn to constant cost-cutting, which puts further pressure on employees and undermines morale and enthusiasm.