However, the uncertainty caused by a lack of succession planning can lead to internal power struggles, damaged business reputations, costly inefficiency and (for publicly listed companies) volatile share prices.

It can be exceedingly difficult to choose a successor. How do you replace Jeff Bezos of Amazon? Who could equal the success of Warren Buffet at Berkshire Hathaway? Even at Manchester United, replacing Alex Ferguson was always going to be a tough job for David Moyes – as indeed it proved to be. However, the success of Tim Cook as CEO of Apple proves that it can be done. Early succession planning is the key to finding the candidates who are best-placed to take over the running of the business.

One of the main considerations is whether to seek outside candidates or to rely on internal talent. For some businesses, the answer may be obvious. A small family-run business is unlikely to want outside interference and will instead consider which family member has the necessary skills and talent. However, even large public companies will often turn to insiders, as evidenced by the recent appointment of commercial director Mike Coupe to succeed Justin King as CEO of Sainsbury.

There are many good reasons to appoint insiders. They will already be familiar with the company, its products/services and the industry. Having worked their way up the corporate ladder, insiders will know how to get things done in their company. They are also more likely to have the trust of senior executives. All of this can help to ease the transition from one leader to the next and allow real results to be achieved within a short time period.

On the other hand, there are some limitations to insiders. They may be so ingrained in the culture and mindset of the business that they are less able to think “outside the box”. An outsider may be better able to provide an injection of new ideas, which can be exactly what a business needs – particularly if it is struggling. It may also be easier for outsiders to act objectively as they will have no commitments to existing staff. An insider can sometimes be hindered by professional ties to colleagues.

Counterintuitively, the appointment of an outsider to a senior role may occasionally be the least controversial decision. Consider the recent appointment of Don Robert, Experian’s CEO, as its new chairman. The choice was met with much disapproval as the Corporate Governance Code (which works on a “comply or explain” basis) states that a CEO should not be appointed as Chairman except in exceptional circumstances. This is intended to ensure that a chairman is independent and free from management influence.

Ultimately, regardless of whether a business decides to go with an internal or an external candidate, it makes good sense to have a clear succession plan in place and to start planning from an early stage. This should help to avoid damaging speculation and allow the business to ensure prospective candidates have the skills they need to take up the position. That said, it is important for the succession plan to be flexible. The business may not have the candidates they need or may face unforeseen adversities in the future, so it needs to be open to considering external candidates.

Douglas Badder is a trainee solicitor and Gary Laitner is a partner in the London corporate group at international law firm Faegre Baker Daniels LLP. 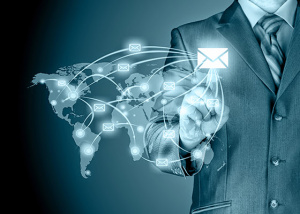 How to run direct marketing campaigns

Espionage to cyber security: How safe is your network?