To illustrate the double-edged sword that is the internet, reputation management company Veribo created the first online reputation index.

Veribo ranked the UK’s top ten entrepreneurs according to various variables, including the value of their Google reputations. In this case, a high ranking indicates positive, well-respected characters, while lower values represent the need to build profiles, misleading search results or negative personal issues.

Taking these ten entrepreneurs by example, it’s easy to see how humanitarian causes or one scandal could have a direct impact on the future of your business.

Top Google results: Who he admires most, Virgin train prices and being the guest of honour in a mini-cramming record.

Serial entrepreneur Sir Richard Branson has the most valuable online reputation, beating ex-Dragon’s Den tycoon James Caan by a long-shot. Although he may be known to be wild, it’s no surprise to see Branson at the top of the table. Not only is he a successful business magnate, he listens to the crowd and his humanitarian initiatives make him a popular, inspirational figure for aspiring entrepreneurs. The bottom line is that when you’re respected, it shows, including how people are talking about you online – even if you dress up as a stewardess for a bet.

Top Google results: hosting a new business series, giving jobs to six members of his family and talking about being branded a hypocrite.

Although being a serial entrepreneur and investor definitely warrants him a spot at the top of the list list, he ranks second in online reputation largely because of SEO. The main reason? The ex’Dragon’s Den’ added to his title. Another fundamental reason lies in ‘misleading’ search results. He shares the same name as James Caan, an American actor who is best know for his starring role in The Godfather – who has incredible reputation.

Top Google results: His journey into entrepreneurship, pulling out of a beef jerky business and helping Jessops return to the high-street.

Although he might be best known for being a ‘Dragon’, his Google reputation has risen thanks to his Enterprise Academy – the first of its kind in the UK – and his endeavours to help the high-street. But Peter Jones shares the same dilemma as James Caan. Except it isn’t just Peter Jones the actor or Peter Jones the department store, but also a senior lecturer in geography, a professor in neuroscience, not to mention authors and artists Peter Jones. What has hurt his reputation the most? The numerous articles on how he devastated Texas Joe after the cameras stopped rolling.

Philip Green has an impressive reputation for supporting struggling high streets and championing small business owners. Although this garner’s him a spot in the top five, the web is full of articles on how Vince Cable insists Green, who advises the Government on slashing waste, pay his taxes in the UK – almost all of his assets are in the name of his wife who lives full-time in Monaco. The moral of the story is, if you want to be respected, keep to the law of the country you work in as much as possible!

Top Google results: That inspiration for the vacuum cleaner struck while renovating his house, turning the UK into a nation of inventors and giving his children £15m each.

The only reason why James Dyson, world-renown vacuum cleaner founder, isn’t higher on the list is because, unlike a ‘Dragon’ or an entrepreneur with a string of Virgin firms, he doesn’t have as high a profile. The more you do to earn respect, whether it be championing small businesses or running races for charity, the more interest consumers will gain in you, including recognition as a reputable figure. 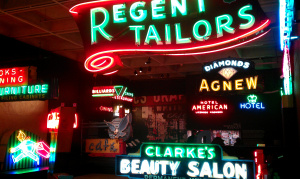 Business naming rules to be relaxed 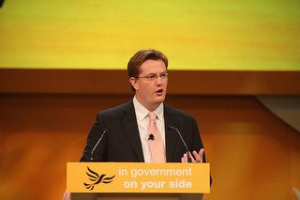 Danny Alexander: “British businesses are the backbone of our economy”