Accenture research has made it clear that concerns about jobs that robots could steal were shared by employees and bosses alike. In fact, its study of 1,700 managers found that while intelligent machines were believed to make people more effective at work, the threat they presented still persisted.

With sci-fi movies and TV series relying heavily on the likes of artificial intelligence to play the role of villain, it’s easy to understand why we feel a sense of unease, despite knowing the benefits. Take how, for example, experts have claimed Prometheus’ David and the cast of Humans will be realised in our lifetime – and the reaction its garnered from the populace.

Even Stephen Hawking believes “humanity would be the architect of its own destruction if it creates a super-intelligence with a will of its own”.

The robotic bad guy was also a factor in Tesla founder Elon Musk’s plan to create non-profit OpenAI, suggesting: “The risk of something seriously dangerous happening is in the five year time frame.”

This concept was emphasised all the more by RS Components, which released research in conjunction with PwC. It claimed 30 per cent of UK jobs were under threat from breakthroughs in artificial intelligence. And off the back of this finding, it tried finding out the jobs that robots could take from us first.

The three sectors most at risk of automation were transport and storage, manufacturing and wholesale and retail. On the other hand, education, health and social, and agriculture, had the least to fear.

With RS Components presenting its research in a nifty infographic though, we’ll let you find out the rest below. Enjoy! 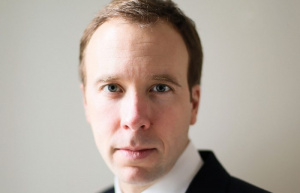 Quarter of SMEs have no intention of embracing workforce diversity