According to Jobsite, even if larger companies stepped up, we shouldn’t forget that SMEs make up 99 per cent of UK business. Informi also suggested SMEs were better positioned to bridge the nation’s “gaps”. If we don’t pick up the pace and get all companies – no matter the size – on the equal pay band wagon, Spotahome said, then the nation will steadily fall to the bottom of equality charts.

The latter company measured six equality factors within 36 European countries in order to rank them in terms of immigrant acceptance, LGBTI friendliness and wheelchair accessibility. Each was assigned a rank out of ten and the higher the score, the smaller the inequality gap was.

The gender pay gap had its own section, which saw Spotahome compare the difference between average hourly earnings for men and women in each country. The UK ranked 25th – below Slovakia, Portugal and Bulgaria. Luxembourg, Italy and Romania came out on top.

Melissa Lyras, brand and communications manager at Spotahome, said of the findings: “Our analysis has shone a light on how far behind the UK is falling vs. other European countries when it comes to equal pay. While it’s heartening to see strides being taken in some European countries to improve and uphold pay equality, it’s evident there is still a lot of work to do.

“The gender inequality score has hindered the ranking for many of Europe’s largest economies – including the UK and Germany – and should be a key focus for improvement across the board for governments, corporations and citizens.”

One way to tackle the equal pay divide is by creating that oft-cited culture of diversity and inclusion. It’s a sentiment echoed by Accenture, which recently published a report based on the views of 22,000 workers in 34 countries. It hoped to find the most effective ways business leaders could excel their companies – and happiness of staff – by closing unequal elements such as pay.

Accenture also interviewed what it deemed as “fast-track women” – those who have moved further and faster through a company compared with other women – to gain “a better understanding” when it came to issues such as progression, talent gaps, culture at work, sexual harassment and best practice.

“the research highlights the key role workplace culture plays in unlocking gender equality,” said Payal Vasudeva, executive sponsor for human capital and diversity for Accenture in the UK and Ireland. “When you create a workplace environment that enables women to advance, everyone benefits – men and women. It also drives true inclusion, underpinned by diversity of thought, which is a source of innovation, creativity and competitive advantage.”

More specifically, it came away with a comprehensive 40-strong list of factors that led to a more beneficial culture for all. Companies that checked off most factors, Accenture claimed, were closer to bridging the equal pay gap. It cited that such companies boasted a 99 per cent rate of employee satisfaction.

These factors included encouraging men to take paternity leave, the public announcement of a company diversity target and proper commitment to gender diversity. A diverse leadership team and handing employees more freedom to be creative and innovative also made the list.

If all working environments in the UK boasted most of the 40 factors, then for every 100 male managers, there could 86 female managers. Women’s pay could also increase by 64 per cent.

“Culture is set from the top, so if women are to advance, gender equality must be a strategic priority for the C-suite,” explained Ellyn Shook, Accenture’s chief leadership and human resources officer. “It’s critical that companies create a truly human environment where people can be successful both professionally and personally – where they can be who they are and feel they belong, every day.” 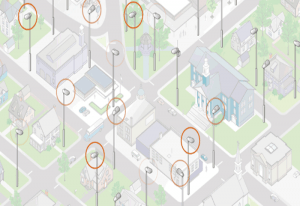