The premise is straightforward: strangers come together to share resources with each other, and to do so use a bespoke third party platform.

Corporate interest in P2P platforms is booming. Online home-rental marketplace Airbnb, founded in California in 2008 and now operating in 40,000 cities across 192 countries, has become a major player in the short-term rental market. Only last week it was reported that Airbnb was in talks to raise funds which would value it at $10 billion. As with many other Silicon Valley start-ups, it is hot property for investors.

So what’s the catch? Well, the P2P boom is still relatively young, and so the legal challenges surrounding it are only gradually becoming clearer. As ever with emerging technology trends – from software to offshoring to cloud – the lawmakers and regulators trail behind in the technology’s wake. In the P2P sector, new areas of dispute are cropping up at regular intervals – from payment and taxation to consumer protection and discrimination issues.

This is particularly tricky in the lucrative car-sharing sector. In the United States, start-ups such as Lyft, Uber and BlaBlaCar are battling it out to win over an increasingly receptive market. Car-sharing is seen as not only cheaper than traditional transport methods, but as more environmentally sustainable. Naturally, this is beginning to worry established transport providers.

In response, they are increasingly lobbying state authorities to crack down on what they see as unfair, unlicensed competition. Indeed, already San Francisco and Washington D.C. have used existing regulation to try to ban car-sharing services outright. The car-sharers insist that such regulation is antiquated and should not be applicable to P2P services. The debate rumbles on.

This reaction has led to start-ups tiptoeing around existing regulatory measures. Lyft markets itself as being based on friendship, eschewing payment in favour of ‘donations’ from individual passengers. But this solution raises another question – taxation. How can the state impose a realistic tax structure on such an irregular payment method? The solution may well have to come through cooperation, with start-ups incorporating existing tax legislation into their business models.

And what happens if something goes wrong? If a hired car is crashed, who is legally liable? This issue has already attracted significant legal attention. Some insurers are refusing to provide coverage if policyholders engage in P2P sharing schemes, and some U.S. states have passed laws to ensure that liability for accidents is placed squarely on the shoulders of car-sharing services and their insurers.

So what does this mean if you are setting up a P2P business, or if you want to invest in one? The best approach will be to engage early on with lawmakers and regulators. With most regulatory decisions taken at municipal and local level, it is vital for P2P stakeholders to keep an eye open and to tailor their actions to anticipate particular legal concerns. This will ensure that investment in P2P will move from a mere disruptive influence to a firmly established business model.

Indeed, as legislation has become increasingly concrete, larger companies have been looking to claim their share of the P2P pie. The car-sharing industry is a prime candidate for this. Last year, U.S.-based rent-a-car giant Avis spent $500 million on Zipcar, founded as a student start-up in 2000. German portal Mitfahrzentrale, founded one year later in Munich, has recently set up a lucrative partnership with ADAC, the German Automobile Association.

So P2P development is clearly facing some complex challenges. But it’s clear that those involved are committed to surmounting the issues that remain, and the sector will surely continue to attract the gaze of investors.

Alistair Maughan is a partner in law firm Morrison & Foerster’s London office and is co-chair of the Technology Transactions Group. 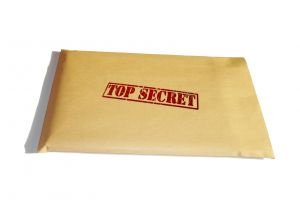 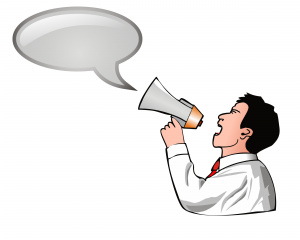 How to create an integrated PR plan