But today it’s a statement of truth – and how.

During 2013, $458m (£282.81m) was invested in US legal start-ups (compared with $66m in 2012) and the pace and invention of change is only getting faster. Indeed, I sometimes worry for the impact on the blood pressure of some incumbents within this traditionally conservative space.

From the US, there’s a cacophony of sound in the legal start-up space with companies like LegalZoom, Axiom Global and Rocket Lawyer raising substantial amounts of capital as part of aggressive growth plans to change and re-shape the legal market.

And Angel List (a matchmaking platform for entrepreneurs and investors) is peppered with new ideas, concepts, technologies aiming to re-shape the way we use, work and review legal services.

In the UK, deregulation has also played a key role in starting to transform the market. Introduced in 2011, as a result of the 2007 Legal Services Act, Alternative Business Structures allowed for the first time, non-lawyers ownership and external capital investment.

Every corner of the market (and some corners we never knew existed) is now being attacked by new entrants, covering a wide range of services including: Online legal solutions; online dispute resolution; contract automation; legal analytics; global general counsel services; and online legal procurement and comparison. All challenging the traditional status quo of how it’s always been done.

And don’t think every lawyer is ferociously gripping onto the quill pen and pinstriped suit, like a toddler in the face of a wind machine. Many are taking giant leaps forward in the way they use new technology and meet expectations. Have a look at Radiant Law and Riverside Law as examples of radically changed approaches to how you might have experienced or perceived the traditional routes for instructing and managing a lawyer.

That’s not to say all, or even a majority of lawyers in the land, are skipping along to the changing pace and expectations of the market. Indeed, it doesn’t take long to search for online forums where spleens are being vented about the demise of the profession and it will take some time to shift the insularity of the legal professions perspective.

Fixed fee services are becoming more prevalent and starting to dislodge the loathed reliance on timed billing but, key metrics within a recent report on the legal profession by Thomson Reuters, focused on the increase (why always an increase) in hourly rates and on productivity measured by the same. Not, we noted, productivity improvements based on reduced costs or customer satisfaction surveys.

But nothing can stop the momentum of change and frankly it’s an exciting time to be launching and innovating within this space. It’s a huge but low innovation market that (let’s be honest) has rested on its laurels a bit these last 2 centuries. Nothing like a bit of competition to improve value, efficiency and performance for the user.

So I return you to the top of Chancery Lane and ask now who should be taken away by the men in white suits? The celebrating advocate for change, or the legal dinosaurs who still lurk and snipe at the ‘disaster’ overtaking their profession?

Andrew Weaver is CEO of LawyerFair, the online legal procurement and comparison service for business owners. 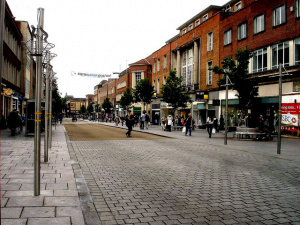 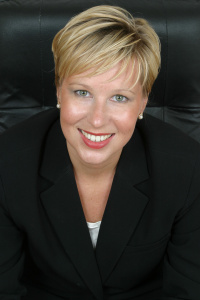 Insource, outsource or recruit? Growing a team on a tight budget