According to The Guardian, London mayor Sadiq Khan wrote a letter of disappointment to Keith Barr, CEO of Intercontinental Hotels, which has the Holiday Inn under its belt. It seems the company failed to make good on its 2012 promise to pay staff the Living Wage within five years.

“The mayor warned it was unlikely he would endorse future partnerships without a change of policy,” writer Phillip Inman announced. “Barr argued that since 2012, employment costs rose dramatically, preventing the business from paying the voluntary rate.”

That the costs far outweigh the benefits is a view many take. For some the move really does prove impossible, but Khan noted that in the case of Intercontinental Hotels, its profitability by no means hampered its ability to increase staff wages.

It’s not the only reason the Living Wage garnered recent attention. Independently calculated from the National Living Wage, it takes the real cost of living in the UK into account. And with inflation putting pressure on households, the Living Wage Foundation increased the rate to £8.75 – £10.20 for those in London.

Some 3,600 employers UK-wide now offer staff this rate, including Chelsea Football Club, IKEA and Heathrow Airport, so its merits can’t fully be argued. Reward Gateway, for example, is of the belief that the rate, even in its newly increased state, “continues to make waves, especially in the sunlight of a soon to be post-Brexit world.”

What’s more, its group HR director, Robert Hicks, suggested it was the right and proper thing to do. If unaffordable, then bosses owed it to staff to eliminate unfairly low pay. Equal pay was just as important – addressing such matters would show staff how much they were valued.

“The impact on the individuals that have benefited from the Living Wage has been huge,” Hicks explained to Real Business. “We’ve brought our cleaner on as a full-time employee, rather than a contractor. This meant we were able to give her the same benefits as everyone else.

“Whilst I know not everyone is able to do this, the impact our cleaner has on our London office is visible for all to see – it was thus an important step to take. The rationale as to why we became a Living Wage employer still holds true. It is as powerful then as it is now for inclusiveness with our staff – and our message that all staff are vital to our success.”

Perhaps the most can be gleaned from Scottish businesses, with the region said to have the fastest up-take of the rate in the UK. Amongst its first adaptors was BrewDog, whose head of people, Fiona Hunter, echoed much of Hicks’ sentiments.

“We cannot expect employees to come to work and be amazing when they are worried about making ends meet,” she said. “Providing a good standard of living is the right thing to do, and it has the added benefit of helping staff be as brilliant as possible.”

At the end of the day, it helped drive the growth of the business, Hunter added, by increasing morale, staff engagement and productivity. Colin McLean, technical manager at McKean Development, added low employee turnover and virtually non-existent sickness and absence to the list.

“As an added perk, our reputation is vastly improved and many of our clients now stipulate that sub-contractors must be Living Wage accredited,” McLean noted.

But it’s not something to be used as a quick fix. As Hunter explained: “It can’t be a band aid.” Companies with staff engagement problems or deeper dissatisfaction issues can’t assume offering the Living Wage will make everything better. It does, however, help matters. 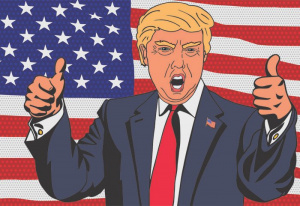 How growing businesses can lead the fight against expense fraud