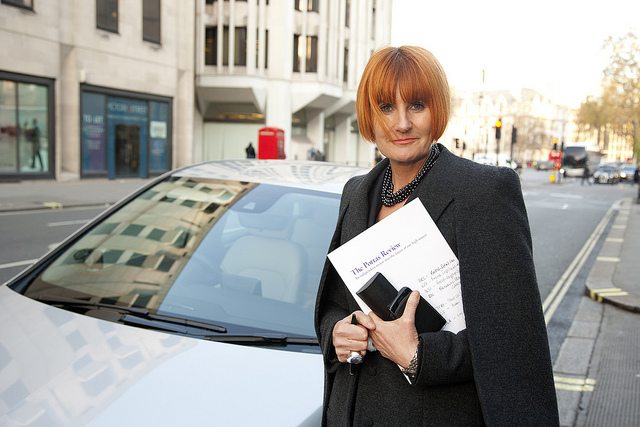 There were some rather sweeping statements which included: looking at ways business rates could support small and independent retailers better; support better parking; asking those nice friendly big chains to support their baby brothers and sisters, the independents (sure they have all leapt at that one); and my personal favourite – that town centres should be run like businesses. Hmm, not quite sure, but I thought retailers were still businesses?  An excited government put the scheme into action, sharing out one wad of cash between 12 towns, with the unfortunate moniker Portas’s Pilots – a bit reminiscent of Pontius. A further 15 have just followed causing much uproar and dissent.  Complaints are many but centre on the choice of high street – large proportions in London and the South; and the amount of money being spent: £1.5m split between 15 towns does not stretch very far, especially if it goes anywhere near a council committee. As empty shops hit new records – 23,406 now, according to shadow planning minister Roberta Blackman-Woods – it’s fair to argue that retail has a big problem on its hands. The causes of this are diverse. Due to a little thing called the recession, there is less money in people’s pockets. Undoubtedly the growth of the supermarket giant, able to offer flexible shopping hours, home deliveries, free parking, and cheaper goods, has not helped.  Neither has the growth of the internet retailers that, again, comes with more convenience for the consumer. Many have huge buying power, some with global registration so that they are able to slide free of corporation tax to enable them to reduce prices still further. Greedy councils, coining it in from high business rents and rates, and indeed parking, which they are able to smugly claim overcharging on moral green grounds, are a huge culprit. They fail to spend back on public transport, not allowing any viable alternative to reach the centres. Only in some tourist towns are the council actually seeing a benefit to preserving the original hubs. On the whole, they are quick to encourage the major supermarkets and ignore the small, powerless independents. Alternatively, we could just look at the argument that the day of the high street has come and gone. Like other areas of business have done with less publicity and complaint, they need to change their spots.  There is nothing to stop them from offering money back on parking tickets on a sale like the supermarkets do; nothing to stop them from developing their own mailing lists that contact local customers first on promotions or new lines. They, too, could do home deliveries on a good old fashioned bicycle.  They also have an advantage that the supermarkets and online retailers do not: they can offer a pleasurable experience. Some services – the beauty industry among them – are not available in the alternatives. Helpful staff, nice smells and nicer smiles, proximity to good food and good coffee, comfortable seating, pleasurable ambience and decor are not obtainable elsewhere – though sadly not in many a high street retailer either. All businesses have to develop their products, service and marketing strategies in an ever changing world. This is hardly restricted to retail, before we cry too much. So, can Mary Portas wave the odd magic wand?  It will help that the sites chosen are mostly strategic to start with, and have some major retailers there as well, always a big selling point in the retail industry. The extra publicity won’t harm either. How the cash is spent might have some effect – it’s hard to compare Tiverton’s commitment to the parking problem to Liverpool’s trendy little theory of aspiring entrepreneurs offering mentoring. Do I swallow Mary Portas’ sweeping statement that saving the high street is the way to economic recovery? Not for one instant. Do I believe she is not in it for all she can get rather than moral conviction? Not  if this is the same lady who advised the mall giants Westfield on their little shoe boxes that no independent could afford, not to mention the rumoured pressure on participating high streets to give rather considerable credit to Ms Portas at every opportunity. Sadly, I don’t think David Cameron’s economic allotment bears any more credence to anything more than a publicity stunt either. Jan Cavelle is founder of the Jan Cavelle Furniture Company. Image source