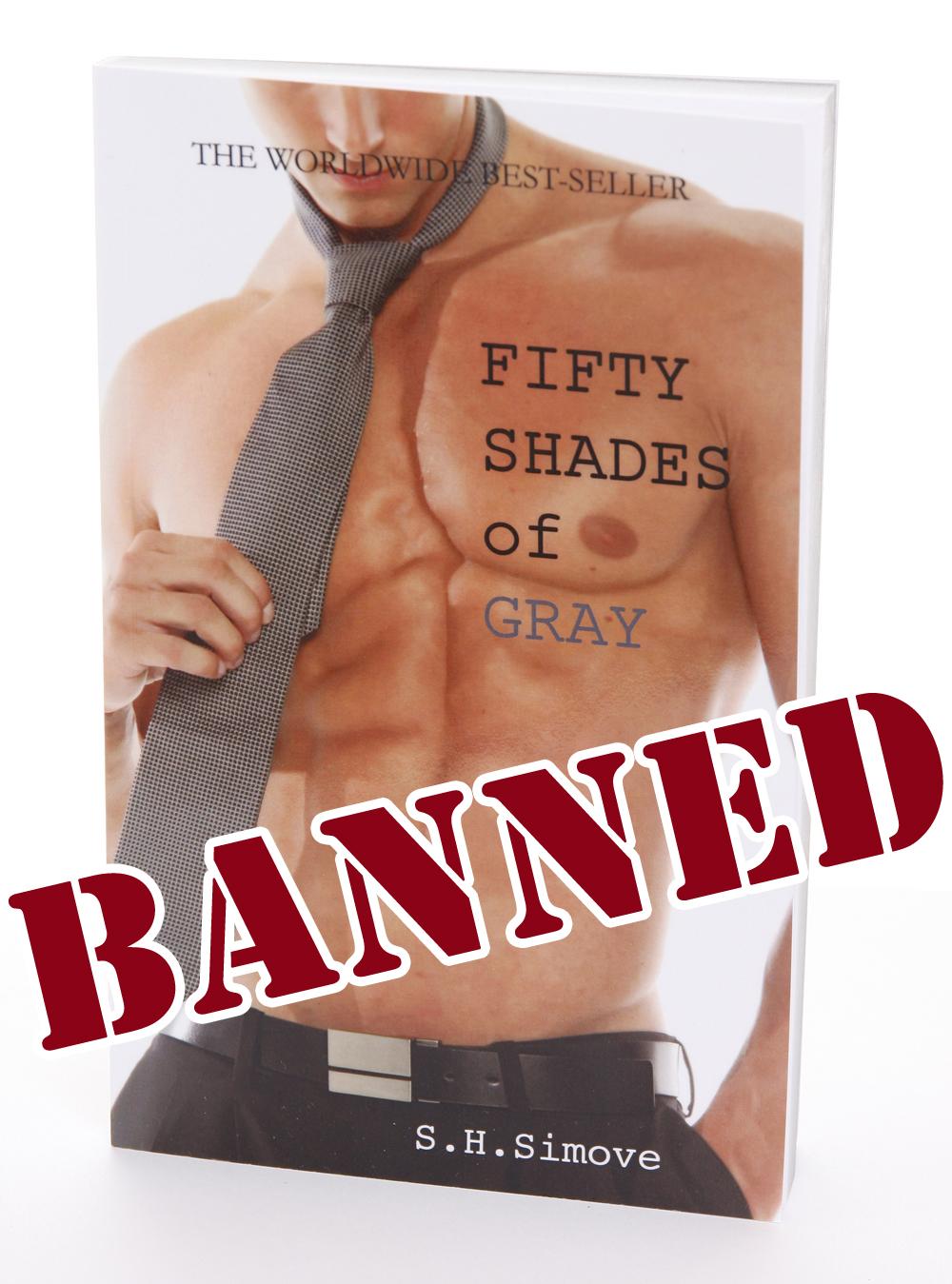 It was a surreal moment. I couldn?t believe what I was hearing on the phone. I was in trouble – and speaking with my lawyer. “The thing is Shed?,” he said, with a slight hesitation in his voice, ?”there?s a legal precedent in cases like this ? it?s called ?Idiots in a hurry’.”?

“Sorry, what?” I blurted, thinking I?d heard wrongly. What he explained totally blew me away. Jump back two weeks earlier. It started with a message on Facebook from a friend of mine, called Vivien. Because I create and launch novelty gifts, I?m fortunate to sometimes be sent suggestions for new products. The message read:

“Shed what about a note book called fifty shades of grey with the pages inside 50 shades of gray? Xx” [sic]

Viv?s idea hit me like a ten-ton truck. Boom! Genius! The fire was lit and I instantly knew that I had to make this corker of a concept happen. What?s more, I already had experience in the (very specialised and exceptionally highbrow) area of “blank books”, having previously released “What every man thinks about apart from sex” last year, which contained two hundred totally blank pages. To my great surprise, it became a worldwide bestseller, even being “translated” into numerous languages around the globe. Energised with this past success with books that didn?t contain any words, I immediately set to work bringing the new “Fifty Shades” blank book idea to life. I quickly emailed all the publishers I?d worked with in the past to see if they?d be interested in publishing the idea; and received mostly no replies or flat-out rejections, a situation familiar to most authors (of blank books or ones with actual words in, too). I decided to take the bull by the horns and publish the new book myself. I designed a new cover for my version, giving it the title “Fifty shades of gray”, to be different from the original but still preserve the joke. I added an image of a muscly guy wearing a tie around his neck, so that this would further differentiate it from the famous book?s cover – and also because it was slightly comical. I included a mention of my friend Vivien on the back cover and added some blurb that described the book as getting “darker and darker” as it went on. Then, because of the internet, all the usual publishing barriers were easily overcome. I?d already found a printing company on the web last year for my first blank book, and they eagerly took my order for a small run of my new blank offering, which this time, was full of slightly different grey blank pages (fifty different greys, of course).? Plus, I already had an Amazon Seller account set up which allowed me to list the book right away. From start to finish, it took me just over a week to have the product out and for sale. Contrast this with my “real” books, “Ideas man” and “Success or your money back”, which, respectively, took me five years and three years to write and get published.? It?s even more depressing (or incredibly hilarious, depending on your point of view) that, despite rave reviews online, these “real” books have sold less than five thousand copies each and my blank books have sold more than eighty thousand copies worldwide?