These are that the millennial – defined as being born between 1980 and 2000 – cannot afford to own a house and is weighed down with student debt. I wrote about this in October 2010 (Are baby-boomers inherently selfish?). Perhaps if he’d read that he would have saved time and money.

Anyway, what is enough to make the eyeballs roll is once again we have a bunch of do-gooders chasing off down the classic cul de sac of recommending treatment of the symptoms and not the causes. And what treatment!

To quote Sarah O’Connor, a member of the commission: “To help young people with education debts or a deposit for a house, it proposed that the government spend £7bn a year to give everyone £10,000 ‘citizen’s inheritance’ with strict limits on its use”.

In what might as well be a nod to the recent 200th anniversary of the death of Karl Marx, this forced redistribution is to be largely paid for by a new property tax, with annual rates of 1.7% of the capital value of a home for any properties worth over £600,000 and 0.85% on values below that.

This state of affairs is then rounded off with the usual airy fairy soundbites such as this from commission member Carolyn Fairbairn, who as director general of the CBI, really should do and know better: “The idea that each generation should have a better life than the previous one is central to the pursuit of economic growth. The fact that it has broken down should therefore concern us all.”

Enough of this harebrained pursuit of the symptoms. Let’s return to the cause. The Bank of England (BoE) finally confessed. Until then it had denied that Quantitative Easing (QE) had anything to do with the stratospheric rise in property prices since 2009.

I heard it with my own ears at a City dinner when a long-serving member of the MPC (I won’t name him to spare his blushes) in answer to my invitation to agree with me that the BoE’s QE had let inflation run wild in house prices, would only reply that “we simply aren’t building enough houses”.

Well now I invite him to eat his words. In a barely-reported BoE research piece, Staff Working Paper Number 720, bank analysts suggested that without QE house prices would be 22% lower by 2014. Voila!

In previous City Grumps I have described governor Mark Carney as the most dangerous man in Britain and indeed millennials, where that Intergenerational Commission found that the number one concern was not being able to own their own home, have every right to regard him as just that, not just “an unreliable boyfriend”.

The results of the catastrophic asset pricing distortion brought about by QE are everywhere to be seen in housing. Willetts’ commission found that the millennial spends on average 25% of their income on housing compared to 17% for baby-boomers.

Chris Watling at Longview Economics records that now mortgage debt accounts for 40-75% of the loan books of most western banking systems, and this is reflected in the result that in the UK, since the advent of the millennial age, mortgage debt has increase eightfold.

Back in symptom land it is particularly amusing to see Willetts, who as Universities Minister was the architect of tripling student fees, is suggesting his £10,000 citizen’s inheritance bung could be used to reduce students’ debt. Whereas the cause of this burgeoning debt burden on millennial and government alike is the lethal cocktail of Tony Blair’s decision to propel 50% of school leavers into universities mixed with Willetts’ fee tripling.

Contrast this policy to that beacon of economic success, Germany, where only 30% choose to go to university and it is free of charge. I wonder who has struck the better balance.

In short the idea of creating a “citizen’s inheritance” is the work of establishment types, attempting to cover for those of their brethren who continue to create a deeply unattractive economic and social environment for our offspring. Where are those who have the courage to write reports advocating fundamental changes in financial and political leadership instead of yet more of a sticking plaster society?

Not quite the happiest place on Earth: Why Disneyland, Sports Direct and other big brands are failing on company culture 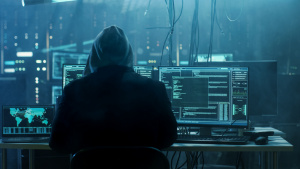