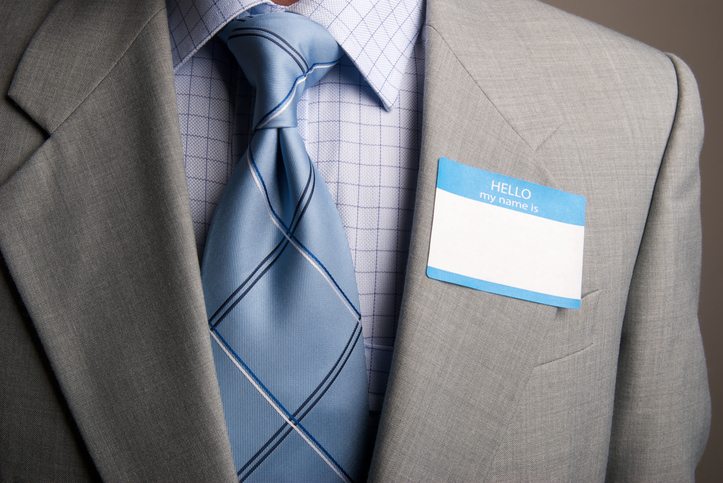 Share via
Your name matters, claims a 2013 article from The New Yorker. Surely not” Apparently it does, with its cited evidence being the academic performance of 330 men who left higher education all of whom took part in a Harvard University study. “Those with unusual names were more likely to flunk,” writer Maria Konnikova explained, ?or to have exhibited symptoms of psychological neurosis. The Mikes were doing just fine, but the Berriens were having trouble. A rare name, the professors surmised, had a negative effect on its bearer. The university’s research was carried out in 1948, and since then our names have been linked to numerous factors in our lives, from the people we marry to the stocks we invest in. There’s something called the name letter effect where, for example using the report’s title Why Susie owns Starbucks, Susie would choose Starbucks because it likewise started with an “S”. “The effects of name-signalling what names say about ethnicity, religion and socioeconomic background may begin long before someone enters the workforce,” Konnikova added. One researcher even demonstrated that a child’s monicker influenced how he or she was treated by a teacher. Not everyone believes it’s so easy to assign behaviour to whatever parents deem to call their kids at birth. But that doesn’t stop our curiosity, especially when it comes to finance. Is your salary pre-determined, “fated” if you like It’s something Adzuna and The Knowledge Academy tried to calculate using the former’s ValueMyName tool, analysing 500,000 uploaded CVs of those sporting the UK’s most popular names. If you’re called Isla, Ava or Noah, there’s no data on you, sorry. For the Oscars out there, however, it’s good news, with the name scoring individuals a salary of £37,768. This was followed by George with £37,342. The name Lily afforded women the most money, with a salary of £30,821. Intriguingly, the UK’s current female favourite, Olivia, earned the least on the list at £26,011. Here are the findings in full: 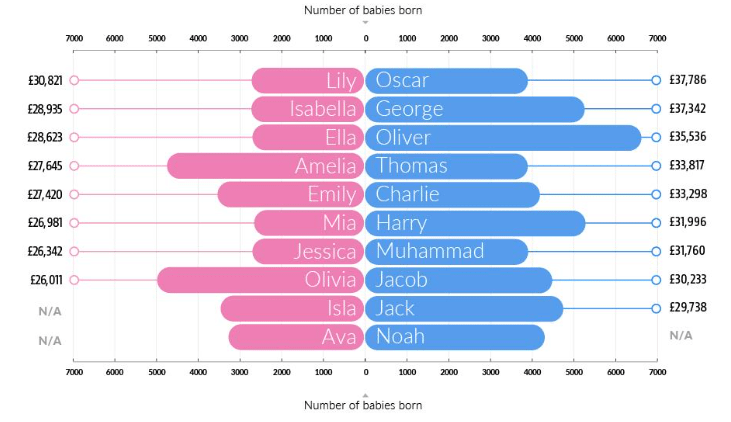