As the cost of living becomes more estranged from the level of the minimum wage, the country has to evolve to ensure its workforce can not only afford to clothe and feed itself, but also continue to make the right choice that employment is more fulfilling, both financially and socially, than laying on the sofa claiming benefits.

Times have changed since the minimum wage was introduced in 1999 and thanks to external influences from the efforts of the disastrous Labour administration and other incompetent politicians around the world to the no-consequence attitude of the City Bankers, action has to be taken to improve the wage packets of millions of low-paid workers.

A significant step has been made this week by increasing the UK ‘living wage’ by 20p to £7.85, which is 21 per cent higher than the National Minimum Wage, which is currently £6.50 an hour.

n London the Mayor, Boris Johnson, announced the wage, which is set by the Living Wage foundation, will rise from £8.80 to £9.15 an hour.

The ‘living wage’, which is an hourly rate based on the amount needed to cover the basic costs of living, is of course, only voluntary.

Currently about 1,000 employers have adopted the living wage, benefitting about 35,000 workers, and community organisation Citizens UK, which is behind the living wage project, has said that number is double what it was a year ago.

It’s a good start, but there’s a long way to go. Businesses have a moral responsibility to pay a ‘living wage’. I understand the dilemma some employers might be facing over the cost of this initiative, but this is something we have to do for the greater good.

We don’t run sweatshops and Victorian-style factories in this country, but there will be businesses out there happy to have tired and poor people working for them. However, this is not how we should take UK plc forward in the 21st Century.

It’s a no brainer and we really have to try and make this work.

The direct benefits of employing a happier, healthier and better motivated workforce by paying the living wage will undoubtedly bolster business productivity and help the economy and society in the long run. 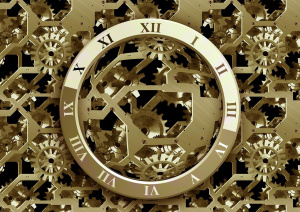 How to keep your staff focused

Voice of RB First Women: Show me the money