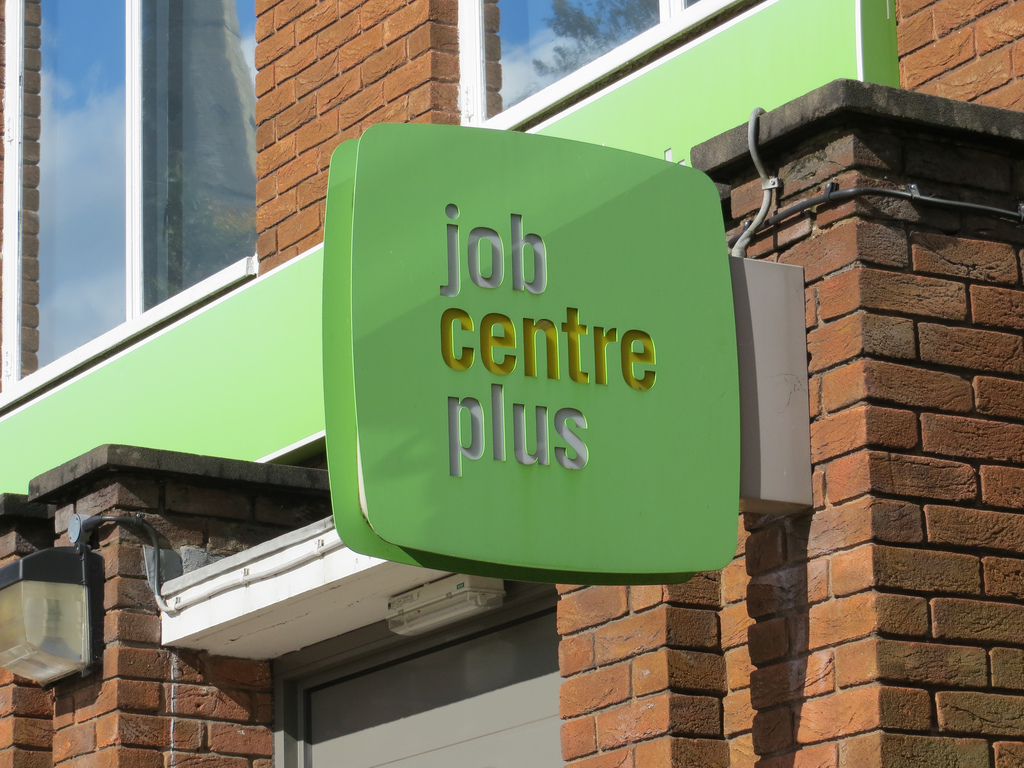 Have they come from the job centre? No. They have come from superb organizations, the Prince?s Trust among them.

Am I sold on the new measures which have come into force empowering Jobcentre staff with more options of coaching, daily counselling and enforced 30 hours per week community work for six months?? Benefit sanctions will be levied against long term unemployed refusing to take part. The idea is vaguely that the scheme also hopes to encourage private firms to take people from the scheme to fill the 600,000 average vacancies floating around the economy Chancellor George and our PM are united in their song of a full employment Britain. While many may think this refers to everyone in Britain being in work, they spin this to be the creation of the right environment that could provide full employment.? The Tories claim Labour destroyed the incentive to get back to work ? not to mention single handedly caused therecession. None of this seems to be quite the same thing as a full employment Britain but no doubt I am splitting hairs. There is no arguing with the fact that the private sector have created 1.7 million jobs since the election and that this is good news for Britain. The government therefore calls this new scheme “offering extra support to the unemployed”. Cynics might say it is about reducing the numbers of perceived and other dole-dossers and the payments to them and massaging the numbers pre-election. The Unite union is, not surprisingly, slamming the scheme. What is slightly more frightening is the union?s diversification into the realms of a union for the unemployed. Of course the unions were always there to support and help their members at times of hardship.? There is a huge difference, however, between that and what they now call their “Community Membership”, created – they say- to bring people together from all walks of life because ?organising and activism are at the centre of strong communities?. Isn?t that what political parties do? They claim the scheme is forced unpaid labour, and their reps are hard at work encouraging charities to reject the scheme and expand the “keep volunteering voluntary” protests to ensure it doesn?t work by not signing up to take up any placements. They claim it will reduce the standing of charities ? which doesn?t say much for their views of the unemployed… The government has however left them with one gaping, howling publicity point on which they are capitalising: the scheme is making jobless work longer hours than community service done by criminals. The unions call that ?bonkers? and it is hard not to agree.? Jan Cavelle is founder of the Jan Cavelle Furniture Company Image source