Recruiting is expensive. Headhunters can demand a third of the first year’s salary as a fee. So ambitious start-ups often find it painfully hard to find senior staff.

Modwenna Rees-Mogg noticed this problem. As editor of Angel News, the trade magazine for angel investors and early-stage entrepreneurs, she’s spent the last eight years talking to entrepreneurs who struggle with the recruitment problem.

And she’s come up with a solution. It’s an adaptation of the angel pitching model. Instead of asking for investment, entrepreneurs stand onstage and make a pitch for a sales manager or finance director. The audience is composed of job-seekers. Some are high fliers looking for a new role. Others are newly redundant execs hoping to find a new company.

Her recruitment events, called Pitching for Management, have been running for two years now. And now she’s taking the concept is going nationwide.

“When we started I thought we’d attract pre-funding companies,” explains Rees-Mogg. “They would recruit top people before they went raising cash. Over time it has changed, and we now have firms with more than 50 employees using Pitching to Management to fill various roles.”

Firms in all sectors are turning up to pitch. “We’ve had firms fill all their positions in one night. One guy, an inventor, turned up and simply said ‘I’ve created a new carburettor. Ford have placed an order. I have patents, but no idea what to do’. He was mobbed in a stampede. He found sales guys who were able to help him create a company.”

An Oxford firm, Historic Futures, was struggling with a supply chain management product. They used Pitching for Management to find a new chairman, Richard Allen. He showed the firm how to take their product to market and win big contracts.

Pitching costs £99 in London, or £77 outside. “Actually, it sometimes costs nothing as the fees often will be paid by one of our sponsors,”says Rees-Mogg.

The concept has been a runaway success. Around 50 to 60 senior executives turn up to hear the pitches. “The atmosphere is totally different to an angel pitching event,” says Rees-Mogg. “No one is asking for investment, so there are no harsh questions. Instead both the firms doing the pitching and the audience members arrive with a positive mindset. Everyone enjoys it.”

There have been 15 events in London, and now Pitching for Management is being rolled out across the UK. “By 2012 we want to be in 20 cities, doing three pitches a year in each location.”

One of the keys to the event is the ability for potential employers and employees to see each other close up.

“We don’t train anyone to pitch,” says Rees-Mogg. “If we did they would be more slick and professional, but false. We want them to come across as they are.”

If anyone in the audience fancies applying for a job they can approach the firm at the event, or, more commonly, make contact in the following days. “It is important to stress that we never release the audience members identities! Many are in sensitive positions, and they would not appreciate us advertising that they are looking for new jobs.”

For start-ups and ambitious mid-sized firms the event is a clever new way to find outstanding candidates. Cheap too. “The cost is really low,” says Rees-Mogg. “I’m not sure how you could find a high calibre FD for such a low outlay. The only way I can think of would be Gumtree.” 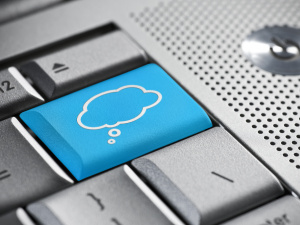 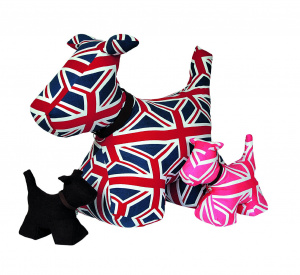