It was suggested that the biggest cause of stress, identified by 43 per cent of employees, will be readjusting after taking time off. However, for 31 per cent the main worry will be catching up with work backlogs caused by having to take time off.

Furthermore, 25 per cent will be battling financial pressures caused by Christmas spending.

MetLife suggested older workers were likely to find the return to work the least stressful – around two out of five employees aged 55-plus said they didn’t worry about going back to work. This falls to around one in five employees aged between 18 and 34.

Tom Gaynor, employee benefits director of MetLife UK, said: “Making the most of time away from work is important and employees need to be able to relax. Of course it is a bit of a shock to the system having to go back to routines after holidays but readjusting should not be a cause of stress and worry. However, it seems it is a concern for many people as they worry about catching up with backlogs at work.

“Workplace stress is a major issue for employers and employees and it has a real impact on business performance.”

This coincides with a 2010 report from the Institute of Leadership and Management, which claimed the idea that the annual summer holiday is a time to “switch off and unwind” is rapidly disappearing.

Penny de Valk, the institute’s chief executive, said: “Gone are the days when people cut off contact with work for a fortnight over the summer and make a complete break. While technology means it is easier than ever to work remotely, it also makes it extremely hard to switch off.”

Professor Cary Cooper, from the Lancaster University Management School, also claimed the problem has been worsened because employees are falling victim to the culture of “presenteeism”.

This involves arriving early and staying late, as well as staying in touch while on holiday as a way of “showing commitment to your employer in the hope that the axe will not fall on you”, he said.

He said: “It is a nightmare and it is not good for their health or for their families. If you can’t spend time with your family on holiday, when the hell can you?”

This was further echoed by de Valk, who suggested the anxiety is due to the high workloads we anticipate returning to, and the fear of what might be waiting for us when we get back. 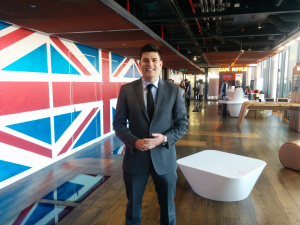 Top tips for 2016 from The Apprentice winner Mark Wright 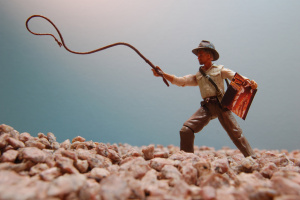