Imagine you hired a PR company and within a week or two they got you on the BBC ten o’clock news talking about your latest product or service. You’d want to check whether your website will withstand all that traffic, right?

Now imagine a more likely situation. You’ve just put the finishing touches to your latest product and you place a news release on your website. Your website is safe from a meltdown – but how many hits is it going to get and what are the chances of your product hitting the news or anyone hearing about it?

Where the people are

Social media are fundamentally news. The reason more than a third of the population – that would be peak viewing figures for the Olympics – spend an average of almost an hour on any given day on social media is that they are interested in finding out what their friends are up to. Or to put it another way, social media comes with traffic built in, because it’s today’s busiest marketplace.

Websites are different. They were originally designed and created as a reference medium – in the first place for nuclear scientists to look up information and cross refer easily and quickly. The only traffic websites get is the traffic you send to them from elsewhere.

This is still true today. If you create a website and don’t have a way to tell the world then it will exist in glorious isolation – like a book that’s published and sells just a handful of copies. The more so today when the novelty has worn off and consumers need to be given sufficient reason to do anything. Even a click. Especially a click.

While websites are a reference medium by nature social media – and especially Facebook – are the biggest talking shop on the whole planet. This is where the “footfall” now is. More “footfall” than ever before. More than two thirds of the total population spend time there talking, listening and catching up.

It’s as if the world’s newspapers had collided with the worldwide phone system and morphed into something new. Something that quickly learns how to pick out the stuff you’re interested in from your circles of friends and colleagues, as well as from established news channels and feed it to you in a constant stream. No wonder the vast majority find it so “engaging” – if not actually addictive.

Governments across the western world are media obsessed. Why? Because, to update a common phrase, “if you grab their interest then hearts and minds will follow.”

People are constantly bombarded with information; most of which is of no interest to them whatsoever. We’ve all developed new attitudes and stronger filters that cut off our attention to anything other than those things we are currently attending to.

Until we stop, and turn on the news that is. Either the TV or traditional news, the news online or – better still – the micro-news, rich with carefully selected content, selected to be juicy with interest for me. Further laced with the opportunity – no, an open invitation – to comment, communicate and respond. It’s called social media.

The medical world has been talking for a decade or more about the coming days when they will have mapped your personal genome and drugs will be tailor made to your own needs and wants. This is what has already happened to the news media – we just call it Facebook and Twitter. It hooks into all the interest receptors that are hard-wired in our DNA and have been developed into a news and celebrity culture via advertisers and news media over millennia. Little wonder it’s so addictive.

Little wonder our high streets are starting to look a bit threadbare when most of the population can get their interest-fix on all the local news (local to them from around the world) on their PC, tablet or phone – and their shopping online or from easy to park out-of-town centres.

Little wonder that web based “virtual high streets” have never worked – and never will. The only reason to visit is initial curiosity. There’s no reason to go back. They quickly become out of date because, unlike the high street itself, they’re only updated from a central point by an expensive technician – which has invariably proved costly and unworkable.

The social high street is completely different. Although social media looks, at first glance, a little like the web, it is in fact radically different. It’s a news and communication medium thronging with people – not a reference medium. It’s an environment where the vast majority live a large chunk of their lives and interact with each other. “Social” is so embedded in their lives that in effect it brings news, and much more, to the people, without waiting for them to ask.

There’s a great difference between a “virtual” high street and a true extension of the real high street into social media. The first one is destined to fail – it always has. The other holds a key to reconnecting with the local community (and not just the so called ‘Facebook generation’ either – we’re all in this now).

Which is why it’s imperative that Town Teams across the country don’t waste their precious time and resources building the virtual high streets you mention in passing – with or without a “social garnish”. They could be bringing the high street right back to where the people already are and the people back to a high street that is reignited with interest and engaged with the local community.

The difference is striking, the evidence – after two years research – is now compelling. We’d like to help. Can we talk? 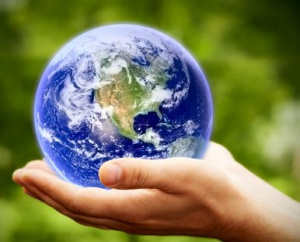 Economic growth has shrunk to a frustrating new normal 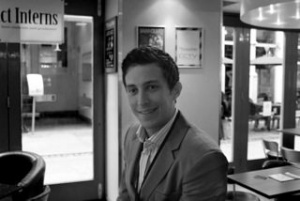