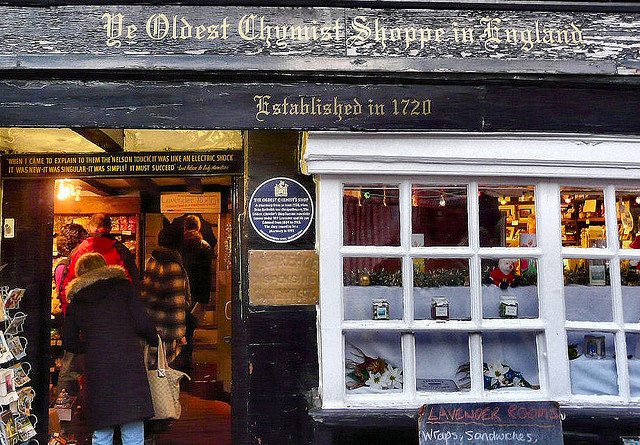 Share via
Enterprises dating back as far as 476 years boast a prosperous trail of strategies that businesses could learn from. Having withstood the transitions of consumer taste and economic change, the oldest family businesses in the UK have not only witnessed history, but have created their own. There is often a lack of recognition and respect for the successful contribution that family businesses have made to the UK economy over the years. Research by?Family Business United has identified some of the oldest businesses that have passed down the generations, spanning the reign of 25 English monarchs. Two of the ten oldest family businesses in the UK even stem from Henry VIII’s era. The oldest family business identified dates back to 1535: Dorset-based butchers R J Balson and son began trading in a market stall. Since then, the family skill set has been passed down for 25 generations and the business is still going strong. Thriving in a tough economy, old business success is allocated to centuries of local prestige and armed with an incredible experience tank. What the oldest family businesses in Britain have in common is that they have been around long enough to see it all. Adapting and changing over time, they remain in business as it passes from generation to generation. The contribution that these firms have made over the years in terms of revenue, employment, contributions to GDP and tax revenues, not to mention their support of the communities in which they operate should not go unnoticed. Paul Andrews, founder and editor-in-chief of Family Business United explained: “Many family business leaders in the position of those leading these oldest family businesses in the UK admit to feeling a burden of responsibility and not wanting to be the generation that fails to pass it on to the next, whilst they readily admit that they feel a certain duty to act as stewards of the family business for the next generation too. ?Each one of them will have stories to tell about their past but one thing that they all have in common is that they are a family business, have survived many more transitions than most and have naturally had to evolve and develop to take into account the significant industrial and economic developments that they have been a part of, in order to still be in business today.

R J Balson and Son are Britain’s oldest family butchers. The Balson family have been butchers since 1535 and deal in only the finest meat, poultry and game.

A diversified property business which historically was based around the mills. The land, previously used for grazing sheep by nuns, was inherited. Starting off as a wool mill, John Brooke and Sons later expanded to fine cloth. Brooke mill is now a Heritage Office Park.

Whitechapel Bell Foundry supplies bells to suit most types of precision clock. Always having been a family business, the Whitechapel Bell Foundry has not always been in the same family. The Hughes family became associated with the company in 1884 when Arthur Hughes arrived as manager, subsequently purchasing the business in 1904.

Founded over 400 years ago, the firm is by far the oldest building contractor in Britain. It is also unique in that it has been handed down as a private company, father-to-son, for fourteen generations.

Tissimans was established in 1601 as a tailor, draper and undertaker, in the historic building opposite St. Michael’s Church in Bishop’s Stortford. Tissiman sells menswear and wedding hire, originally under the name “Slaters”.

The United Kingdom’s leading independent private bank. Founded in 1672, the bank was wholly owned by the Hoare family and continued to be guided and led by the descendants of the bank’s founder. C. Hoare & Co is the only private bank from the 17-18th centuries still remaining.

With Oat Milling expertise dating back to 1675, Morning Foods is Europe’s premier Oatmiller. Based in the heart of the United Kingdom, Cheshire, the mill was strategically placed to source the finest oats from the best farmers & growers. Morning Foods use their oats for a wide range of uses, from cereal to cosmetics.

Founded in 1676, Lock & Co. is a family owned business providing ladies” and gentlemen’s quality head-wear with a high standard of personal service developed from 300 years of experience. Starting off as a city tradesman of Turkish goods, Lock didn’t create the company untill the Great Fire of London made them relocate further West.

Toye craftsmen have created exceptional identity products for civil and military markets since 1685. The firm has grown and diversified but the original values are unchanged – superb craft skills, quality and service.

Folkes Holdings, which has been under family control since 1697, specialises in commercial property development and investment in the United Kingdom and the Republic of South Africa. During the years, they have provided equity to third party property owners and landowners. Image source By Shan” Schutte