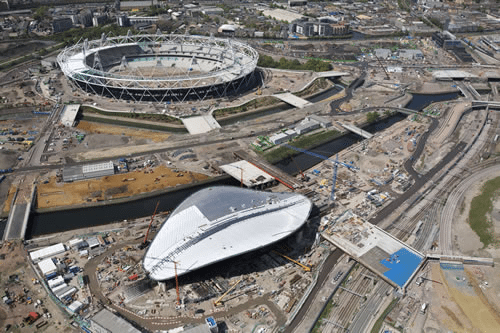 From the moment the fireworks finished on the banks of the Thames and Big Ben had chimed in the New Year, the word that appears to be on everyone?s lips is “Olympics”.?

Of course it?s very exciting for all the athletes who are coming to the UK to prove they are at the top of their game, and for fans looking for a sporting spectacle. But it?s not a good thing for business and the economy. The Olympics is a waste of time and money.? Obviously it?s going to benefit some industries such as hospitality, transport, tourism and retail. But for the majority of businesses, particularly in London, it will have a negative and disruptive effect.? Of course I?ll be called a killjoy, but I?ve no hesitation in saying it would be better for the British economy and for business if we had never won the 2012 Olympic bid!? According to a report by Visa, the UK economy will be boosted by ?750m worth of spending during the Olympics. In the grand scheme of things, this is a low figure and will only provide a short-term boost to the economy. In addition, this is just an estimate and there is no guarantee that domestic spending will increase and that tourists are going to spend this amount of money.? It?s going to cause a lot more traffic on London roads, which is already a nightmare to get through.? Imagine the current transport infrastructure dealing with the expected 5.5 million day visitors we will see at the Olympics. The logistical problems caused by increased traffic will make it harder for businesses such as Pimlico Plumbers to reach their customers. Another challenge for my business is the expected exodus of Londoners who will take holidays during the Olympics to escape all the commotion. The traffic will also cause disruption to employee attendance as many will turn up late or not come in at all. While the traffic might just be a London problem, productivity is a national issue. Staff?will be less likely to be focused on their work with all the hype around the Games or they may rush their work in order to leave early to get home to watch it!? While the Olympics will boost the morale of the British public, it will be a javelin through the chest of many business owners who have enough on their plate without worrying about the effects that the Games will have on their operations. Charlie Mullins launched?Pimlico Plumbers?in 1979?with just a bag of tools and an old van bought at auction. The company now has more than 133 professional plumbers, 35 support staff and a ?15m turnover.