The Only Way Is Essex – or TOWIE to the initiated – debuted in 2010 and yet series 14 of the show has already begun, demonstrating the seemingly never-ending appetite for the reality TV show that follows the lives of 20-somethings living in the tan-loving British county.

And when the group isn’t busy filming arguments with each other or having relationship drama, many of the stars can be found running their own businesses, something that’s become achievable as a direct result of starring on the show.

Take former cast member Mark Wright, who opened the ill-fated Deuces bar with money from his own pocket. With experience from the nightclub promoting scene, he was one of the first stars to open a business, but the venue suffered problems from the start when it opened in 2010, including an arson attack.

Thankfully for other TOWIE stars, they’ve seen their ventures achieve success, and Lydia Bright’s Loughton-based Bella Sorella fashion boutique has continued to thrive, even though she briefly left the show for a couple of seasons.

She joined TOWIE when she was just 18, having studied A-Levels in English language, maths, economics, business and IT. “I was going to study English language and then fashion journalism at university but TOWIE approached me. If I wasn’t in the show, I definitely would have worked in fashion, whether that was in journalism, designing or something like that. The women in my family have always worked in that industry and owned fashion shops in East London, so I’ve grown up around it,” she told Real Business.

The fashionista continued: “I’d saved up a lot of money and as the show provided massive exposure, I started to think about a long-term career plan, which was to open up a business in fashion, which I love. Initially I funded the shop myself, which is now self-sustaining to pay for new projects for us to reinvest profits”

She partnered with her sister, who was working for the NHS at the time, and the pair set out to visit retail sites. After finding the right one – now three and a half years ago – it was a case of getting builders in, then starting work on buying and forecasting stock for the store and online.

“We did a massive four-month tour last year to visit shopping centres across the UK to promote the shop. I was there for most dates and met lots of TOWIE fans for pictures and signings – we got a really good response,” Lydia explained.

Interestingly, there’s a variety of customers that Bella Sorella attracts based on days of the week and whether the purchase is online or in-store. Bright revealed: “There’s a wide range of clothes on offer – online we have over 500 products at the moment. Weekdays we get a lots of mums and women between mid 20s to mid 30s, but the weekend generates lots of tourism and young girls visiting because of TOWIE, so then it’s around 15-22 year olds. We sell worldwide including Australia, America, and Dubai, which is because there’s a big expat community over there.”

With her sister on board as a co-founder, their duties are shared as Lydia visits the store around three times a week as filming and photoshoots permit, dealing with finance and business changes, while sharing buying duties. Meanwhile, her sister manages the day-to-day running of the shop, including talking to suppliers, sales and training staff.

Speaking of plans for future growth, Bright said she sees online as the future: “We want to keep on growing the website and run more advertisements in the future. We don’t plan on more than two stores but Brentwood is a possibility – the economy is moving from high streets to online because it’s so accessible. With Twitter, it’s easy for people following me to move online and purchase, so we’re also looking at mobile app development.”

In addition to that, Bright has also created a fashion blog which comes as a personal outlet for latest designs and the opportunity to generate commission through brand promotion platform rewardStyle if users click through. It also serves as a useful avenue through which the latest Bella Sorella stock can be promoted too.

On the next page we also look at the outcome of some of the other TOWIE businesses that have launched, and spoke to fellow business owners Samantha Faiers, Jessica Wright and Chloe Sims about the show’s influence on openings and also the choice to shut up shop. 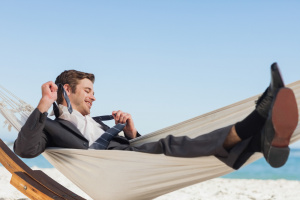 Charlie Mullins: Think Netflix and Burger King, not cocktails by the pool