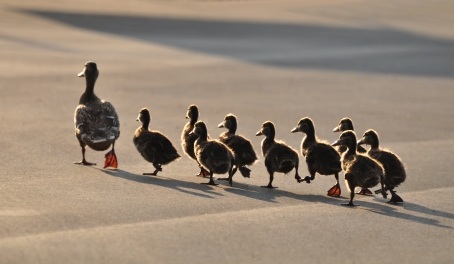 Having researched and taught leadership studies for more than 20 years, as well as coached dozens of CEOs in major organisations I guess I could claim to know a thing or two about what makes a great leader. Here five principles that you may want to pay particular attention to.

One of the most hackneyed exhortations in the leadership literature is “be yourself”. Authenticity is frequently presented as central to great leadership. But the problem is very few leaders understand the anatomy of the ego. Few have been trained in the architecture of identity, the evolution of the self or any related fields such as depth psychology, ego maturity or consciousness research. So how can leaders be expected to be themselves? If they have little understanding of how the self develops? Fortunately, it is possible to cultivate a very deep understanding of how your identity and ability to make meaning has developed (and could develop still further). There is a wealth of academic literature on adult development going back to the work of Piaget in the West and a whole range of spiritual mystics in the East. Studying this literature can enlighten you. There is even a rapidly developing research base that suggests that the more a leader develops their “interior” the more effective they are at driving performance and organisational transformation. I have worked with leaders who had little understanding of the self and others who developed quite a sophisticated understanding. One retail CEO told me that he did not really want to understand how he was achieving his effects because if he did he might lose his magic! Of course the exact opposite is true. If you don’t know how you achieve brilliance then you are at serious risk of losing that ability and never getting it back again – because you don’t know how you were doing it in the first place. Think of Tiger Woods’ fall from grace, loss of form and complete inability to get back to his best.

As misunderstandings go one of the most consistent and profound is about emotions in business. “Let’s take the emotion out of this” comes the cry. In fact, the best leaders not only understand emotions, they positively embrace them to drive their success. Conversely, the mismanagement of emotion can scupper our performance, be disastrous for decision-making and significantly impair our ability to engage with others. I remember asking one CEO to tell me about a time in his life when he felt truly passionate. After a minute in silence he admitted he couldn’t remember a single occasion when he had ever felt that way. When I asked him what his commonest emotion was at work he suggested, after another minute of silence, even-tempered. The complaint about this CEO was that people could not “read” him. No-one knew what he really wanted. There was so little emotional expressivity. In contrast I have had the pleasure of working with leaders who not only have bags of energy and passion but who used it beautifully to engage, motivate and inspire customers and employees alike.

Behind every successful leader is a great team, but so often teams fail to deliver on their promise. This is not surprising as very few leaders are technically trained in human dynamics, anthropology or cultural development. So why do we expect them to be experts at leading a team? Some leaders do develop strong interpersonal abilities, but many leaders remain autocrats and run hub and spoke models of leadership. Such leaders don’t build powerful executive teams capable of constant adaptation and sustained market disruption. Underinvestment in team development is common despite the fact that there is good research to suggest that investment in high quality team development can generate three times the ROI compared to investment in technology or business process re-engineering. Failure to set aside time means the team will never become world class and will be highly unlikely to deliver improved business performance. When executive boards have properly committed to their own vertical development we have seen them make significant progress trebling share price and generating record profits.

In order to develop your self and your team it is vital to accept that you may need help from a developmentally skilled coach who has a track record in delivering individual and team transformation. Underdeveloped leaders are characterised by an inability to take input and a lack of humility – they have become insular. For some, the very fact that they have made it to the top of the organisation reinforces their sense of invincibility and this often makes them even less likely to be open to input as a result. This may mean the clock is ticking and when leaders think they know it all, then they are very likely to fail.

When individuals or teams underperform the commonest response is to flog them harder. All this really reveals is a complete misunderstanding of the relation between pressure and performance. Poor prioritisation increases the risk of failure. Putting more pressure on people to perform, or exhorting them to give 110 per cent simply increases the risk of failure. Leaders who simplify and clarify the goals can often improve output with no other changes in circumstances. Any athlete will tell you that if you want to improve your result you must not train flat out all the time. Improving performance is done through training to 85 per cent of your maximum. In working with Olympic athletes we often tell them that gold medals are won and lost not in the gym but on the couch at home through the quality of their recuperation. Attention to detail during these periods of recuperation is critical to performance. Very few leaders explore what happens during down time and how to manage the pressure in the system, but if they do the rewards can be immense. Dr Alan Watkins is a neuroscientist and has coached dozens of CEOs in major organisations and written two books on leadership in the last two years.