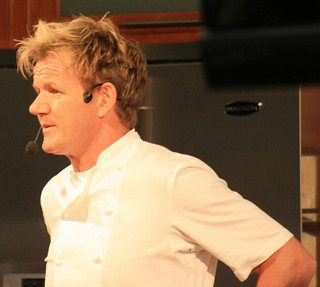 Share via
The new series of The Apprentice?highlights that the concept of the business reality show is still going strong. But what is the effect these shows have on business in the real world? When forming an opinion about these programmes, it’s important to note that they actually do inspire people to start up their own businesses or to try turning their ideas into viable products. They have definitely helped in putting entrepreneurship on the map and this should be encouraged. Despite these positives, however, I believe shows like The Apprentice and Dragons? Den fail to portray management, leadership and teamwork. For example, The Apprentice splits the prospective candidates into teams, where they are essentially pitted against each other.?Although teamwork is encouraged, the programme focuses on the team that fails the task as they usually end up turning on each other while trying to shift the blame. This behaviour continues in the boardroom and is, no doubt, encouraged by the show?s producers. They require in-fighting for viewing figures.?My belief has always been that when a task is performed as a team, any fallout or failures are attributed to the team as a whole. Rather than naming and blaming, the team would be better served evaluating, assessing and establishing any changes that they could implement if the task was to be done again. This is important in shows such as Young Apprentice, where the in-fighting and blame can be detrimental to the confidence of young people starting out in business. Instead, more guidance – perhaps in the form of a mentor – needs to be given to candidates during the programme to help nurture their business talents. Dragons? Den also depicts the “dragons” as formidable characters that pick apart even the tightest of business plans. Under the pressure of the cameras, the people presenting to the dragons begin to crumble and are assumed to be out of their depth. Many who are turned down for investment, however, go on to be huge successes following in the footsteps of Dragons? Den rejects Trunki, Tangle Teezer and James Nash?s ?cup-a-wine? concept. As part of my work as a mentor, I worked with someone who held Gordon Ramsay up as an ideal for management and leadership. In his original shows, Ramsay became famous for being overly aggressive towards his staff to achieve results and success. The individual I was working with associated this style of leadership with success and instructed all of his managers to emulate the style. This form of leadership was, unsurprisingly, not very popular. The issue that I have with business reality shows in terms of leadership and management are most evident in the new generation of entrepreneurs. For example, if someone was to start a business in their fifties, then they would have the experience of working under both good and bad managers. This would have helped them to develop their own management and leadership style. Someone starting a business in their teens, however, has not been exposed to this kind of experience. So, they often look to reality television as the template for management and leadership. What most fail to realise is that it is perfectly possible to be successful in business without taking an aggressive stance and that business reality TV shows are guilty of sensationalising business situations. There are many alternative management styles available and you do not need to be scary to be an effective manager! Ultimately, you need to develop your own leadership style and identity that people will respect. In turn, this will make your staff want to get results for you. Bev James is a business mentor, best-selling author of ‘DO IT! or DITCH IT’, CEO of the Coaching Academy and director of mentoring at Start-Up Loans. Image source